Yesterday the World Lost A pioneer of Street Style

Yesteday we learned that Mr. Don Cornelius kiled himself. oday, he was hilighted by the Chicago Tribune as a "pioneer of street style" 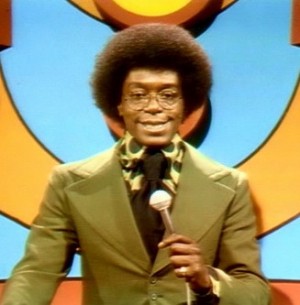 In its 1970s heyday, Don Cornelius’ “Soul Train” spread urban style farther, wider and higher than it had ever stretched.
Every Saturday, households in not just America’s cities but also its tiniest towns tuned in for exposure to a multicultural tapestry of Afros, kimonos, dashikis, fur coats, patchwork denim, velvet suits and satin ties. And not just on African-Americans but a rainbow of ethnicities.
“To see this man with this Afro but who was dressed to the nines, with his three-piece suits and shirt and tie, and his baritone voice and manner — this was a man that you would not mess with, that you respected. Don’s style was really this kind of black powerbroker. He was dressed up, but he definitely had fashion flair. ...He had this entertainment swagger but he was so in control. For young black people growing up in America, you didn’t see a lot of black men dressed this way in the ’70s.”