Pharell teams up with Columbia Records 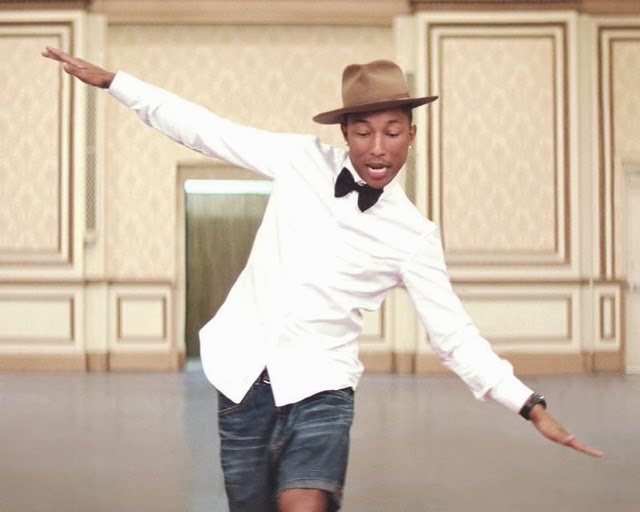 Just last month, Williams released the world's first 24 hour music video for "Happy," which is presented as an interactive clock, featuring a diverse cast of characters dancing along to the song. The one-of-a-kind clip can be seen at /24hoursofhappy.com, and the official version at http://bit.ly/1dl4DhB. "Happy," which is a Top 10 hit on iTunes across the globe, is available now:  http://smarturl.it/HappyiTunes.

"When we excitedly partnered with Pharrell in January of this year, we felt it was his time again," says Columbia Records Chairman/CEO Rob Stringer. "Since then, 'Blurred Lines' and 'Get Lucky' have defined pop music in 2013, and now we are preparing to launch Pharrell as a global solo superstar in 2014. 'Happy' is just the beginning."

Redefining cool for a new generation, Pharrell Williams is a creative force, using music, fashion, and design to express his distinctive style. From his beginnings as a teenage prodigy and multi-instrumentalist in Virginia Beach back in the early '90s, through enough hits to earn him Billboard's Producer of the Decade in 2010, to his current status as multi-media superstar, Williams has never stopped creating. Starting his producing career as one half of The Neptunes with Chad Hugo, Williams has helped create such classics as Daft Punk's "Get Lucky," Robin Thicke's "Blurred Lines," Nelly's "Hot in Herre," Jay-Z's "I Just Wanna Love U (Give it 2 Me)," Britney Spears's "I'm A Slave 4 U," and Justin Timberlake's "Like I Love You."

With over 100 million copies of his productions sold, his music sounds like something no one else has thought of just yet. He's also created a new way of looking at established stars like Snoop Dogg, Madonna, and even the Rolling Stones. Over four albums, Williams and Hugo along with Shae Haleycreated an unpredictable hybrid as part of the alt-rock/hip-hop group N.E.R.D. His prolific body of work also ranges from designing a sculpture with Tokyo-born artist Takashi Murakamito accessories and jewelry for luxury goods brands Louis Vuitton and Moncler. Now, with his latest venture i am OTHER — a multi-media creative collective that serves as an umbrella for all his endeavors, including Billionaire Boys Club & ICECREAM apparel, textile company Bionic Yarn and dedicated YouTube channel — Williams' vision continues to push pop culture forward.