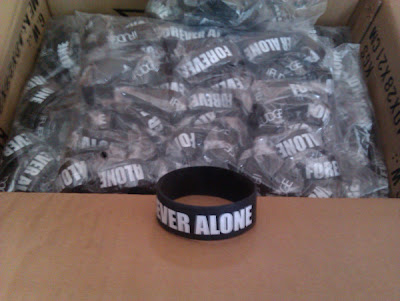 Earlier this week, I caught up with budding UK bred fashion designer, Gavin Reynolds, owner of iFudge, a brand he started back in the late of February of this year. (He was still at high school then).
My first question, of course, was where in the heck did he come up with the name? Here is what he had to say:

The name came to me ran
domly during
a conversation with Alix Maguire (my girlfriend) on URBIS in Manchester City Centre. I then went home and started work on the logo and then I created a few random designs and decided to put the wristbands into production first, so I did and then 3-4 weeks later we had our first product, we've since had orders to LA, NY, PA, Canada, South America and around various places in the United Kingdom.
What Inspired Your Line?
My line was inspired probably by my strive to want to prove to my friends and family that I can build a brand and run a business for my self at the age of 16 and then obviously continue it for years to come.

What do you think of fashion?
I generally think that fashion is a great way to express a persons self, their image is who they are, it matters just as much as personality, what people wear is like the smile or the nod you get when people you know walk past. The fashion choice you make, what you wear says "hey look at me". I think that fashion will never stay the same, it always changes and that's obvious which is why I aim my clothing company to work towards or for the teenage fashion industry and it's aimed at "gig-goers" people who like rock, pop-punk, random tshirts, those sorts of people. So I think fashion is really important and a great way to expre
ss someones self, whether they choose to conform with the norm or not!
What are your plans for the next few years?
My plans for the next few years would be to obviously have more designs, launch more products- socks (my girlfriend loves socks?), tshirts, hoodies, bags, more wristbands, caps, posters, button badges. I would also like to have built a loyal fan/customer base online, it's all about our customers and fans!
So who are your top three designers and why?
What celebrity would you love to see sporting your wristbands?
I would love to see Travis Clark (Singer/Guitarist- We The Kings), Alex Gaskarth (Singer/Guitarist- All Time Low), Jess Bowen (Drummer- The Summer Set), Taylor Jardine (Singer- We Are The in Crowd), Nick Santino (Singer/Guitarist- A Rocket To The Moon), or anyone in those bands mentioned, I love american pop-punk music and to have one of the bigger bands who play music that I enjoy listening to supporting my brand it would be 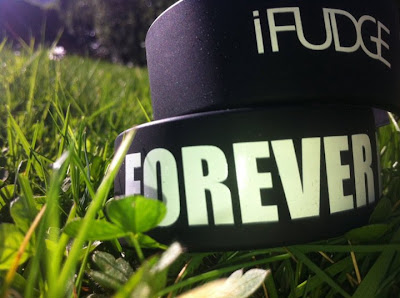 just so amazing!
In business justa few short months, Gavin has had meetings with a couple of people who wanted to invest "but I turned them down" he explained.
iFudge was started with about 500 British pounds, which money was spend on product and our website which is currently under development but at www.reynolds365.com.
The online store can be found here: http://ifudge.storenvy.com,his blog here:http://reynolds365.tumblr.com and iFudge's various facebook pages here:
http://facebook.com/iFudgeCo
http://facebook.com/ForeverAloneBand
DESIGNER SPOTLIGHT Gavin Reynolds ifudge