Posted by Sage on July 08, 2011
I attended the Wiz Khalifa concert Thursday night  & I couldn't help but notice in the back drop the undeniable beautiful Amber Rose (his current girlfriend & my girl crush). Sporting a metallic mini & black shades she watched her man perform, helped him out of his hoodie & even was pulled on stage during "Roll Up" (which I kinda think is about her) & shared a kiss in front of the entire UNO Lakefront Arena in my hometown New Orleans. 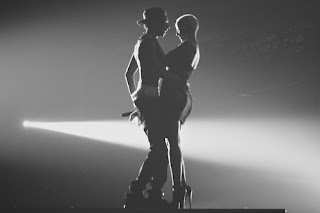 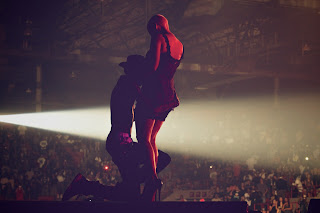 I've become such a fan of their relationship because it doesn't seem like a publicity relationship, nothing fake or phony just to get their names out (they we're already famous in their own right before meeting). He seems so smitten over her which is the absolute CUTEST thing ever! Wiz had her name tattooed on the inside of his thumb & she also tattooed his initials "CAM" on the inside of one of her fingers recently. I hope nothing but the best for Wiz & Amber! 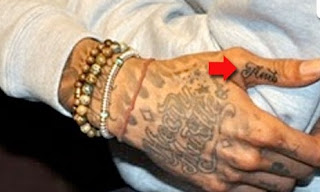 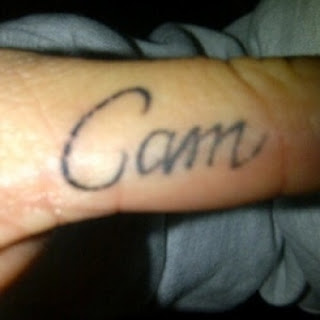