Raphael Saadiq, born Charles Ray Wiggins in Oakland, California, is an American singer, songwriter and record producer. Saadiq has been a standard bearer for "old school" R&B since his early days as a member of the multiplatinum group Tony! Toni! Toné! 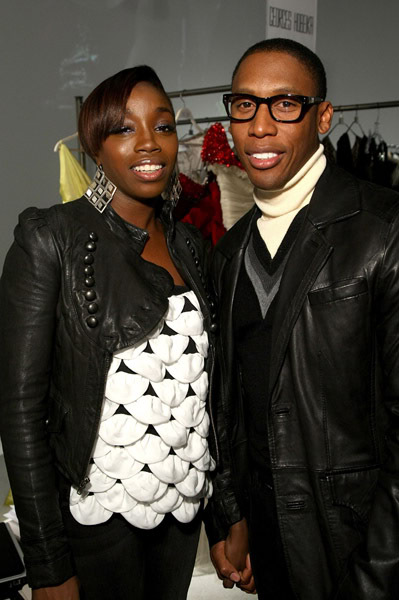 But aside from his music, Saadiq has been blessing us with his amazing style sense.

AskMen named him a Style Icon praising his soulful style. Saadiq credits his family and soul legends, including James Brown, as heavy influences on his style.
They said:
Raphael Saadiq's style can perhaps best be described as alternating between Motown cool, casual street wear and properly preppy. There is a considered, even cerebral, quality to his wardrobe, but the star's penchant for luxe basics keeps his look simple and elegant rather than overdone. During a performance, the only ensemble you'll ever see this singer sport is a perfectly fitted suit. Believing that suiting up to entertain his audience enlivens his music, Saadiq's onstage look typically consists of a neutral colored trousers and blazer combo, a pressed white dress shirt, polished shoes, and a dark skinny tie. Although this uniform has helped define his character as an artist, Saadiq doesn't always play it safe, occasionally taking a chance by donning a suit in a bold color like canary yellow and adding unusual extras like a bow tie or seriously bling cuff links. The cut of his dress-up attire, however, is always on the slim side, in order to best flatter his body type.
For his twenty plus years of consistent soulful style, we salute Raphael Saadiq.