The controversial photo, taken before Beyoncé fell pregnant with her newborn daughter, is being used to re-advertise her fourth album, 4, which was released last year. 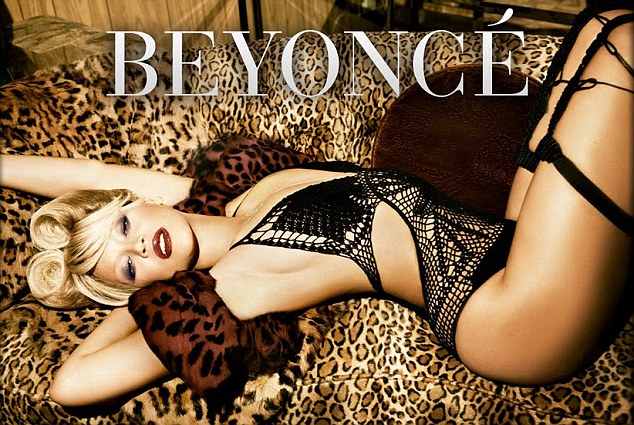 In the seductive pose, Beyoncé dons a blonde wig and lies on a leopard-print couch, wearing a skimpy black crochet monokini.
The singer also wears suspenders and a lashing of dark red lipstick.

Experts told The Sun the appearance may have been down to lighting used in the studio.
I think she looks great... She's not that much lighter than she normally apears when she's lathered in bronzer... FYI.. black people lighten in the winter...
Read more: http://www.bellenews.com/2012/01/16/entertainment/beyonce-looking-much-paler-than-her-usual-colour-in-a-promotional-picture/#ixzz1jjW9buzO
animal print dress Beyonce beyonce lighter than normal leopard print couch