Clout for Fashion Models on the catwalk can come with tweeting; Social Media helps Models Get their "Come-up"

Posted by Urbfash Team Blogger on January 06, 2012
Social media is giving a voice to models who, for the most part, have built their careers as pretty, non-speaking faces. 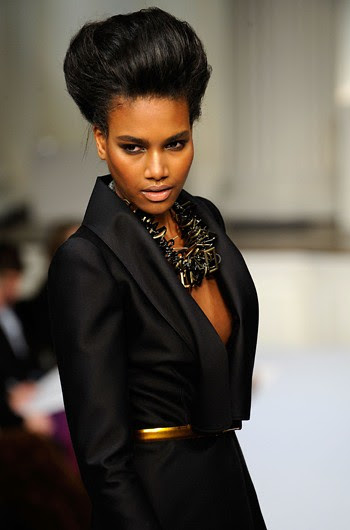 They'll tweet what they had for breakfast, post behind-the-scenes photos on Tumblr and use Facebook to cultivate "friends" around the world. Tech-savvy fashion followers are eating it up, gaining entry to a world that is so often behind velvet ropes.

"I realized there was an audience interested in what I had to say, not just the images from my work," said model Coco Rocha, who alternates personal posts and lighthearted tidbits with a more businesslike platform to highlight brands and magazines she's shooting for as well as her favorite social and charitable causes.

At age 23, Rocha is no longer the new girl in town, but her fan base of more than 200,000 Twitter followers and 66,000 Facebook friends (plus Tumbler, Google Plus and Instagram accounts and blog readers) gives her "longevity," she said. "Because I have a voice and I'm sticking to having that voice, I feel like I have extended my career."

Name recognition increases a model's value, said Sean Patterson, president of the Wilhelmina agency. Models who become celebrities, online or otherwise, might even help reverse the trend of movie and pop stars with "relatable" personal stories taking the A-list advertising jobs and magazine covers that used to go to models.

With the day of the supermodel over, models have become more "interchangeable and disposable," Patterson said. But social media may change that by letting models define themselves: "With fan sites, blogs and Facebook, all of a sudden you can follow a model and know who she is."