Rapper Kanye West, The “college dropout” has turned shoe designer, has created an eye-popping pair of calfskin sandals embroidered with pearls.
Ladies (and gentlemen), they can be yours for $6,000 or 4,420 Euros, according to Collete, the swank French boutique that sells the shoes.
The heavy white sandals, featured recently in Harper’s Bazaar Australia, were part of a collaboration between West and famed Italian couture shoe designer Giuseppe Zanotti.
West reportedly paid numerous visits to Zannoti’s studio in Italy in order to learn the craft of designing luxurious shoes for women and men, per Footwear News. 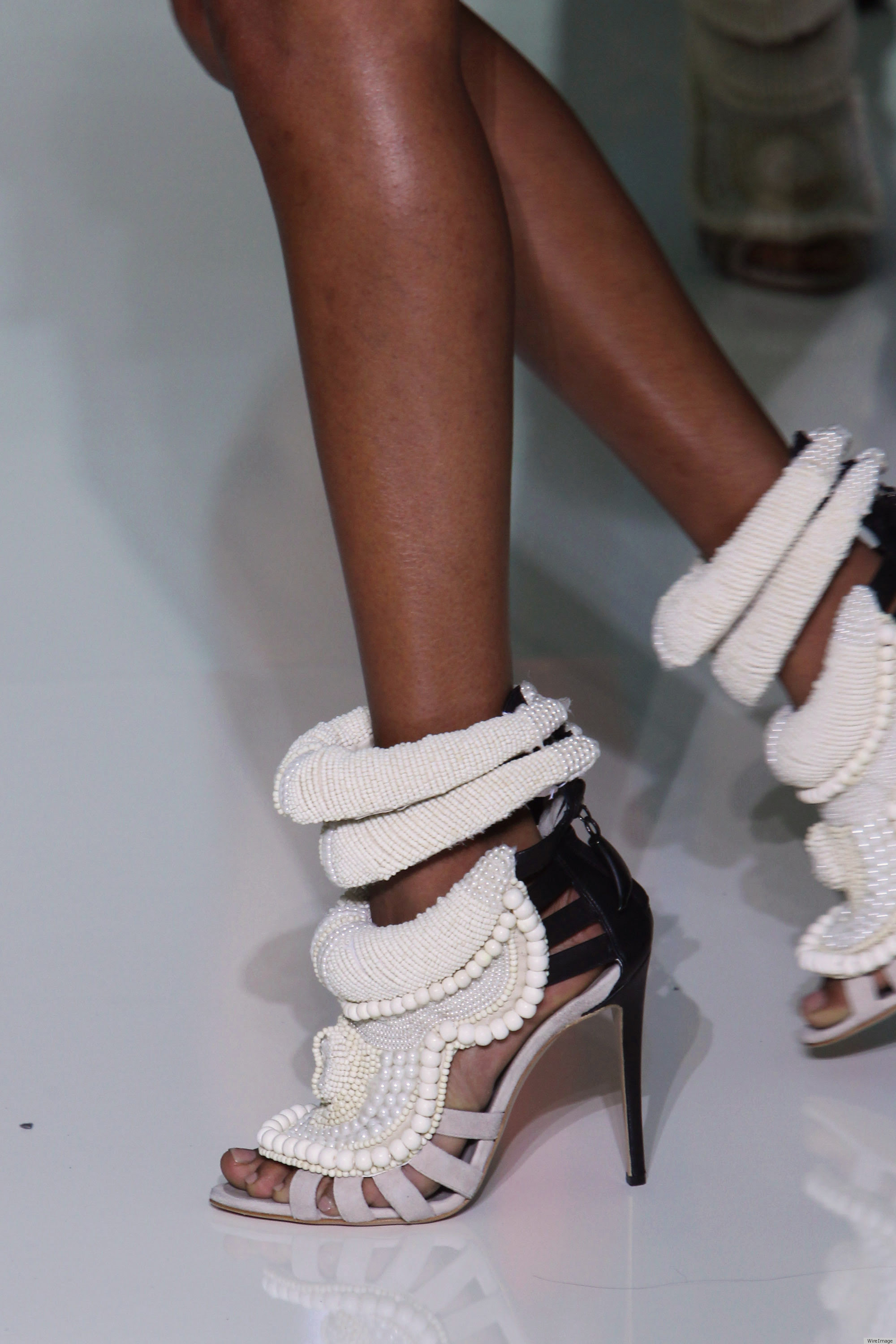