Urban Outfitters in the Midst of a Scandal

Posted by Urbfash Team Blogger on April 19, 2012
Who would have thought that in this day and age, the picture of two women kissing on a billboard or in a magazine would be so taboo?

Well one of my favorite places to shop, Urban Outfitters, has one million haters! 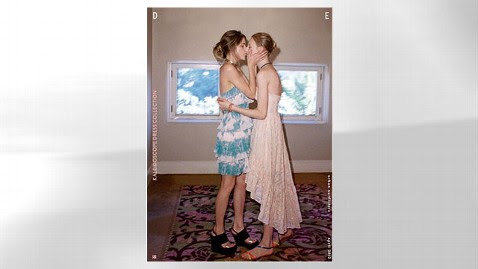 According to an ABC News blog post, One Million Moms is now railing against the retail chain Urban Outfitters for its catalog photo of two women kissing.

In a web posting the group advised parents to call or email Urban Outfitter with complaints about the photo.
“Tell them you will also no longer shop at their stores if you hear this type of advertising continues,” states the post. “The content is offensive and inappropriate for a teen who is the company’s target customer.”
One Million Moms is also demanding that Urban Outfitters apologize. The company did not immediately respond to calls seeking comment.