Lil Wayne is on his business man grind and we can appreciate that. Lil Wayne launched Trukfit in January 2012, and five months later months, landed the line in one of the biggest retail chains in the country--Macy's!
Last week the Young Money CEO was interviewed by the Associated Press at Macy's Department store in Los Angeles. He answered questions about everything from a beef with Pusha T, his personal style, to his skateboarder fashion inspired clothing line, Trukfit.  Here's a lil excerpt from that interview: 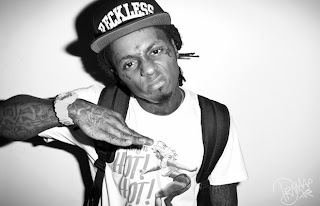 AP: What do you bring to skateboarding and why do you like it?
LW: Skating has so many styles. Once you pick up a skateboard, you’ll find out that it’s not a hobby, it’s not a sport, it’s a lifestyle. There’s so many styles to it that people enjoy that I bring a new one. ... I love a challenge. ... It’s fun as hell to fall and to not get something and then to finally land it. That’s like pursuing a girl that said no a hundred times and she finally say yeah. That’s what it feels like every single time.

AP: How did you start a clothing line?
LW: It was brought to me by my friends and peers. They was like, “Dude, you dress your own way and people follow that. You probably should have your own clothing line.” And it was just that easy.
Read more of Lil Wayne's interview on The Washington Post...
Celebrity Fashion Geek Chic lil wayne clothing line Lil wayne Pusha T beef Lil Wayne Trukfit Pusha T Pusha T of The Clipse skateboarder fashion trukfit