Posted by andrita on September 18, 2012
Throughout the last decade or so, we've all see our share of celebrities-turned-designers. Some have been successful and some have just been downright scandalous- looking (hey there, Fetish, no shade). Well, about two weeks ago I was invited to view one up close and personal. Ladies and ladyboys, the Shontelle x CAT footwear collection. 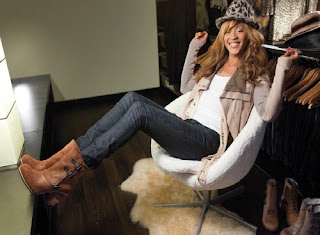 On Fashion's Night Out here in New York, I clawed through the mass hysteria that was Soho (specifically Broadway and Prince) to make it to the singers launch of her new line of shoes. I must admit, it was well worth it. 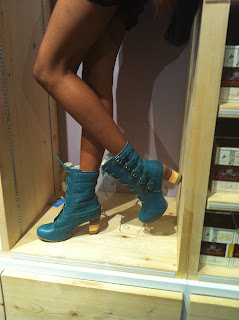 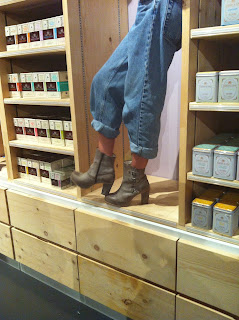 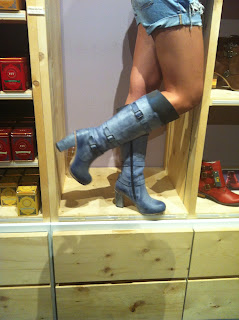 Let me just say that it was very clear that this wasn't something that Shontelle just slapped her name on and endorsed. She has worked with the Cat brand on other projects which led her to the opportunity to this designer collection. Cat's shoe line isn't exactly the epitome of fashion forward footwear, but with the bold details, fabric combinations and styles that are introduced in Shontelle's collar they have become just that. "I actually got the brand to step out of the box and experiment with heels and taller boots, which was a fresh direction for a Cat footwear woman," says the designer.

Shontelle's involvement in the design process is also obvious in the color stories chosen for the line. Each style of shoe manages to maintain its own individual boldness while still being easily workable into your fall wardrobe. "The colors were mainly inspired by the beaches of Barbados," she says. This collection is perfect for the trendy girl on the go, who values comfort. Trust me on this. I work around the clock and attend school full time. I wore the Sandy Lane, which have a heel might I add, for one of my regular days and SURPRISE! I didn't want to kill anyone by the end of the day because of foot pains. I am exactly who Shontelle had in mind when she and Cat footwear engineered this line.

"We've already designed and shot the ads for the second installment of our collaboration. I feel truly humbled and blessed"