My New Guilty Pleasure: My Shopping Addiction on Oxygen

Posted by Urbfash Team Blogger on October 22, 2012
Oxygen's new docu-series,"My Shopping Addiction" kicked off with great first week numbers! It premiered Monday, October 15 at 11pm ET/PT, delivering nearly 700,000 total viewers , according to Nielsen. And I must admit that I was on of them. 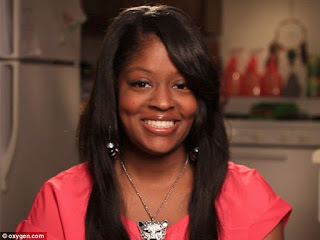 The first episode featured a cute girl named Roshanda Hill who is addicted to the 99 cent stores in California. Hill says she'd rather spend "100 dollars on 100 things" at her Los Angeles 99-cent oasis.
For you're viewing pleasure, I've got a sneak peek clip here from the 2nd episode of the brand new series. Check it out and let me know your thoughts....


So here the premise of the show: My Shopping Addiction follows different folks that are dealing with shopping obsession. During each hour-long episode, two different shopping addicts will seek help from a clinical psychologist, who will try to get them back on track and in control. ( I just love looking in their closets)

The second installment of the show, airing Monday, October 22 at 11pm ET/PT, will feature Anna who is addicted to New York City retail and facing eviction, as well as Jennae, a college dropout who blows all her money shopping instead of paying rent.