Posted by Urbfash Team Blogger on August 23, 2013
We've watched streetwear brand Hype grown via Tumblr from a small hip label in 2011 to a full fledged major urban fashion brand. And now others are taking notice.  The underground fashion label has hit the mainstream.

Back in 2011 these young Britons were just some teenagers selling printed T-shirts from a bedroom. Now they're to processing hundreds of orders a day from a 12,000 sq ft warehouse.
Sales in 2012 were £1 million; this year, heady projections top £8 million. The product offering now includes sweatshirts, backpacks, hats and leggings: they're stocked by clothing retailers like Topman, Topshop, Footasylum and Asos, and worn by celebrities including One Direction to DJ act Rudimental.

They will also debut an exclusive "Black on Black" collection, in Topman stores on September 5. 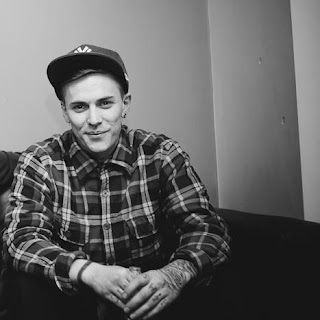 Refelcting on Hype's success, Hype Co-Founder, Aidy Lennox said, "When I look back to the beginning of HYPE.; no-one, not even myself, would have believed that we could have brought this company so far. I can't thank our HYPE.FAMILY enough, those from the start and those only joining us now. I'm excited for the future, we have so much prepared for 2013 & 2014. This is just the beginning..."

In a new fashion feature, published yesterday here's how the Telegraph described Hype:

"Refreshingly for a brand aimed at teens and twentysomethings, Hype's directors are as young and garrulous as their customers. Their talent lies in exploiting that particularly teenage paradox of wanting to look individual while simultaneously conforming. And right now, Hype is cool."

Hype Clothing also has a pop-up shop at BoxPark in London's urban playground neighborhood, Shoreditch. Check out their Instagram for all the details...http://instagram.com/justhypeofficial