Posted by Urbfash Team Blogger on October 26, 2013
Drake is an urban style demon. He loves designer clothes and has been one of very few urban oriented  celebs to appear in GQ Magazine. We'll now Drake will show-off Calvin Klein designed threads across the North America.
According to Latin Post, Calvin Klein has recently released a few sketches of the stage outfits that he has designed for the Toronto-native rapper's ongoing 39-city North American tour. The CK men's creative director, Italo Zucchelli, has made a small line of custom pieces inspired by the Spring/Summer 2014 collection. 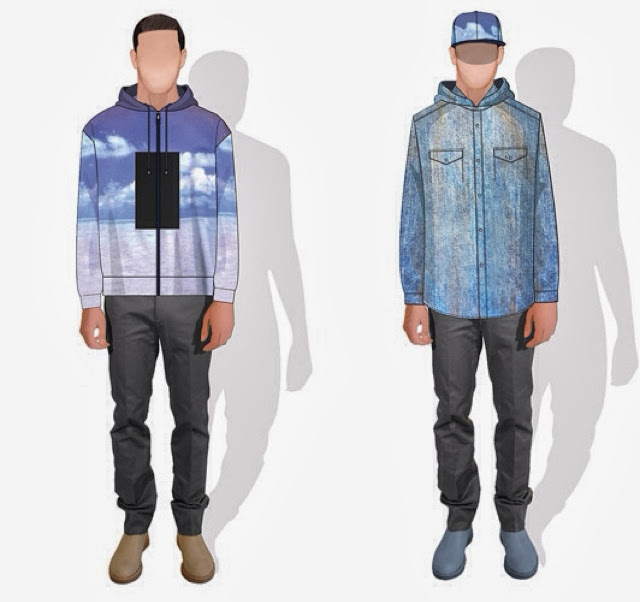 Drake will be sporting a bunch of custom-made clothes, including bomber jacket, hoodies, t-shirts, tanks and pants, and the entire wardrobe will be separated into three unique capsule collections: one based on the photographic print of clouds and blue skies, one that will use high-tech fabrics with neon accents and reflective prints, and one just with denim lineup.