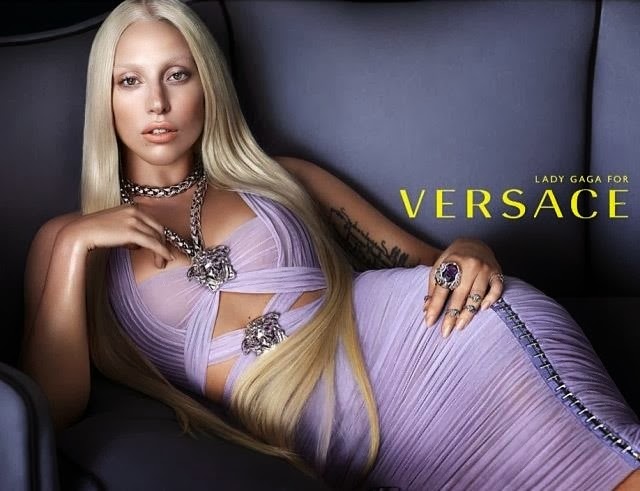 According to fashion blogger Alka Official, in the first Spring 2014 campaign shot photographed by Mert Alas and Marcus Piggott, the singer looks very Donatella-esque, wearing a long blonde wig and a sexy cut-away gown from Versace’s spring-summer 2014 line. It’s definitely a change from some of her whackier looks she has become famous for. Gaga also wrote a song for the designer called “Donatella” on her new  album ARTPOP.