Rick Ross Has His Own Style Sensibilities; Appears on Cover of Source Magazine 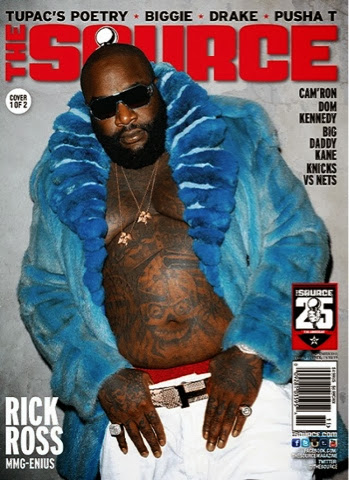 Ross appears on the cover of the latest edition of Source Magazine.

On the cover, Rick is showing off his signature style. He's never been ashamed to show off his tattoo filled belly. He is wearing a blue fur coat and sun glasses. He also dons white pants, red underwear and a dope snake skin belt.

A video taken at the cover shoot for the magazine appears below, via The Source.

Ross is set to release his Mastermind album December 17.

“The album, December 17,"the rapper said of his upcoming release in an interview with New York radio station Hot 97 in October. "I’m releasing a new record myself [with] Jay Z, top of next month. We following up with the one that the streets really appreciate right now. So, we doing it big."