Riding on the train, I saw Rihanna's new racy billboards for her perfume, "Rogue." In the picture I can barely focus on this new scent because the pop star is wearing nothing but heels and posing quite provocatively. But we all know that sex sell. And Rihanna is definitely giving me sexy! 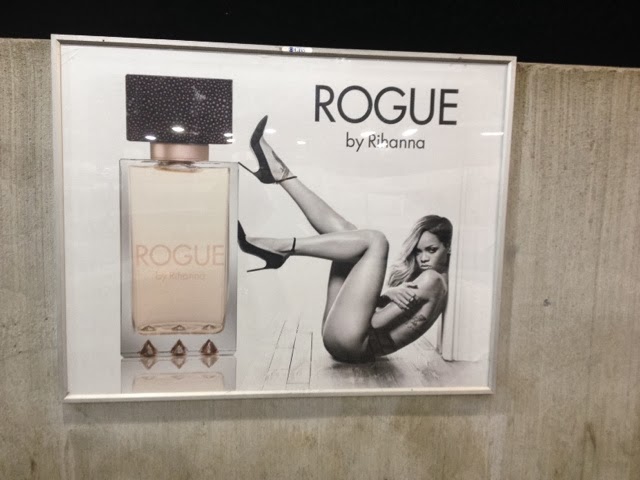 "Rogue" is the fourth fragrance by Barbadian recording artist Rihanna and marks her first release of a unisex fragrance, as the fragrance will be available in two installments; first as a women's fragrance, which will be shortly followed by a men's fragrance. It is a departure from the concept of her first three fragrances Reb'l Fleur, Rebelle and Nude.