Artist Spotlight: Maja Kristina on the Release of her Single 'Idiot' and her Upcoming Debut EP

Posted by Filthy Riché on December 20, 2019
Raised in Sweden, Maja Kristina was inspired by the influx of strong, independently poised women currently dominating pop music. The young and talented singer-songwriter is already responsible for a wave of unshakable singles, and the road to 2020 signals a peak with her debut EP on its way and a formal alliance with Republic Records in play.

“For me, seeing women like Julia Michaels make passionate and really empowering pop music in the spotlight has been a huge inspiration,” she admits. “It felt like it was becoming more and more possible to do something meaningful in the spotlight. There’s no trade-off between relevance and realism” Kristina said. 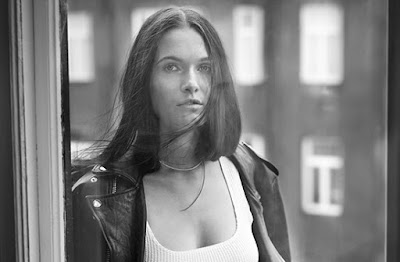 After signing with Republic Records in 2018, Maja is excited to show the world how her debut EP takes form next year. Her first single on with the label, ‘No Fake Love’ landed to the tune of huge domestic and international support.

Her follow-up single, ‘Idiot,’ written alongside Rami Yacoub, Rob Knox and her brother Simon Stromstedt, keeps with the theme of empowering pop, and acts as a precursor to the rising star’s debut EP, scoped for release in 2020.

Idiot's lyrics, "funny in a way how I ever thought I want this" so realistically describe how foolish we sometimes feel being in a relationship. The song has a catchy and cathartic anthem quality. Kristina's impeccable vocals make Idiot easy to listen to on repeat.

But as much as the singer enjoys being in the studio, she loves to perform live. "It’s the best feeling in the world for me," she explains. "The live show is where you get to live and breath the project. That’s where the energy and emotion really come out."