Beyonce's Ivy Park to Relaunch in 2020 as Gender Neutral

Posted by Filthy Riché on December 23, 2019
Adidas will start selling a new collection designed with singer Beyonce on Jan. 18th in a relaunch of her Ivy Park brand that includes shoes, clothes and accessories, mostly in maroon, orange and cream.
Adidas described the collection as gender-neutral. It includes jumpsuits, cargo pants, hoodies and cycling shorts, mostly featuring signature Adidas triple-stripes.
The German sportswear brand announced it was teaming up with Bey to relaunch the Ivy Park brand Beyonce started in 2016 together with British fashion chain Topshop. 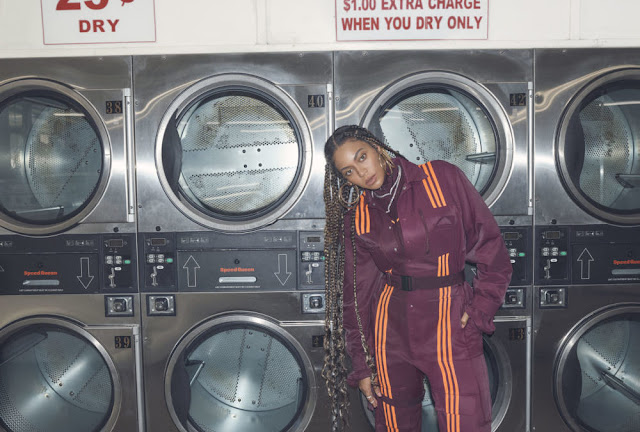 The partnership comes as Adidas seeks to attract more female customers, an area where it has lagged bigger rival Nike and German competitor Puma, which saw its sales boosted by a collaboration with singer Rihanna that ended last year.
Adidas does not expect much of immediate help to sales from the initial Beyonce collection, but it will ramp up over time, Chief Executive Kasper Rorsted told analysts in November.
“You’re going to see several launches coming up, but they have no substantial revenue impact and this has been part of the plan all the time. You will see that change throughout next year,” the CEO said.
Adidas has eroded Nike’s dominance of the U.S. market in recent years, helped by partnerships with celebrities like Kanye West and Pharrell Williams, but Nike has been growing faster in China and Europe, a trend that continued in the latest results.
Ivy Park said last year Beyonce had bought the fitness clothing brand from Topshop
Adidas Beyonce gender neutral Ivy Park topshop