Yesterday, I discovered a dope, raw rapper on Spotify named Blacc Cuzz who says he wants "to be known as the new voice of the streets.” Well in an industry craving authenticity, Blacc Cuzz is as true as they come. 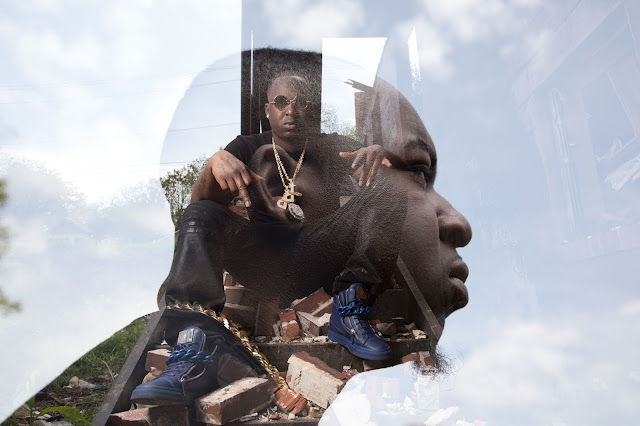 As a man and an artist, Blacc has experienced his fair share of trials and tribulations. And the elements of his story, like drug dealing, death, and jail can be heard in his music. In his latest single, “Wadd Up Doe” his lyrics  talk about him getting it how he lives "sending bricks up north." 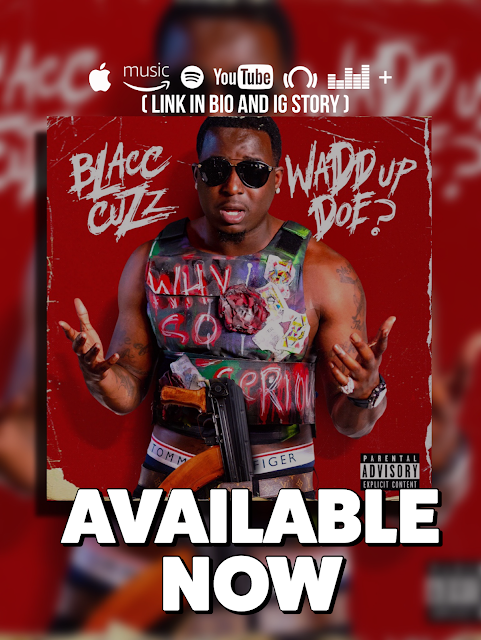 On the track "Wadd Up Doe," Blacc says "I cross that water and they greet me like wadd up doe." Perhaps it is because  Blacc’s full story is one of triumph over odds that have caused lesser men to fold. Born and raised in Pittsburgh, PA, he knows all about the street life. Certain artists separate themselves from the pack by having lived the lives they rap about on wax. “You can tell, you can hear it in their voice,” he says. “You can feel that expression when they speak it.”

Street rappers will always have a place in music. But only a few will have a rap sheet comparable to Blacc’s. He shook a federal indictment in his late teens. There was a stint behind bars as he faced a homicide case in his early twenties. He lost two brothers: one to murder, another to the prison system. Two bullets lodged in his left lung serve as reminders of how blessed he is to be here to share his story. These are the real life experiences that shape chapters in his narrative. Blacc’s using his lived experiences in Pittsburgh’s seedier neighborhoods as fuel for bold beats and flows. “We graduated from the streets and we’re grown now,” he says. “That’s why we’re going to give them the story in music.” With so many stories to tell, Blacc wants to make a movie out of his life one day.

Blacc’s eyes to a potential career as a musician opened after going on tour with Eightball and MJG. He signed himself as an artist and committed to figuring out the music business as an independent MC and CEO. He wants to be known not only for the hardships he’s gone through but also for how he overcame those obstacles. 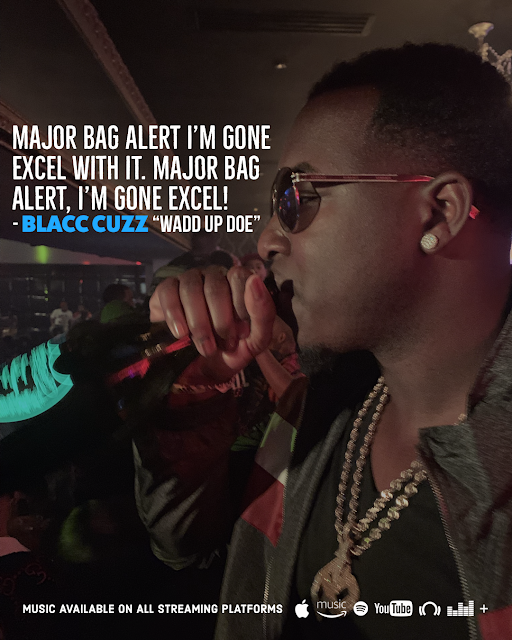 Blacc fashions himself as a self-made businessman in the mold of Jay-Z. An artist who inspires younger generations, whether they’re in the trap or working a 9-to-5. They can draw from his experiences and music as motivating factors for their own success. “I want a kid to wake up and be like ’Blacc ain’t stop, so why should I?’ If I can do it, you can do it.”