Erich Russek and Poets in Heat Release Living in Our Cars, Part One 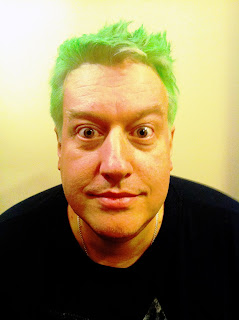 Erich Russek and Poets in Heat have released The Return Of El Rubio, a fascinating and diverse collection of worldly songs. The recently released single, Living in Our Cars, Part One, is a sexy, funky well-paced medley with an afro-latin drums vibes and folksy guitar and piano instrumentals. The entire album was influenced by Cuban music.
Since the early 90’s, Erich Russek and his band, Poets In Heat have spread their distinctive brand of roots music across the country, playing a unique fusion of folk, world, and rock everywhere from the tiniest towns to the most sprawling cities. After releasing a series of poetic and eclectically orchestrated albums from 1992-2002, Erich disappeared to Clifton, VA, where he took several years off from making music, spending his time focusing on his health and well being instead. 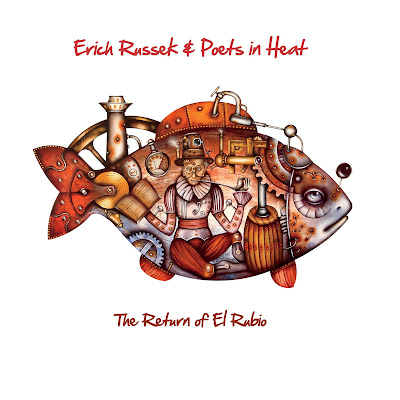 Now he has reemerged with his first official release in over 15 years, “The Return Of El Rubio,” a fascinating and diverse collection of songs showing that the veteran troubadour hasn’t missed a beat. With the passionate grit of his vocal delivery and a gift for painting a vivid emotional picture in each song, Erich has only gotten better with age and he shows no signs of slowing down anytime soon.

What is your musical style? How do you describe your music?
I have an eclectic music tastes. I started in punk bands but I am heavily influenced by other types of music. eg I have played in funk, rock, cajun, mariachi, swing, cuban and bluegrass bands, and even a Turkish Orchestra. My albums have all sounded roots influenced even though my live show was often something completely different. "Erich and the Mariachis" come to mind. Same songs, different style. I play many instruments including guitar, keys, clarinet and sax.  I haven't toured in years. So I am starting over musically.
How did this album come about?
This album is influenced by Cuban music. My brother was Cuban and he recently died. "Closing Time" is about that. A bar closing is a metaphor for when he was on life support. I went to Cuba to record the album but there was a mix up at the recording studio and it was canceled. So I recorded with musicians from the US. So it is a blend of musical styles. All the male vocals on the album are me.
Erich Russek Erich Russek and Poets in Heat Living in Our Cars Part One Poets in Heat The Return of Rubio