Posted by Filthy Riché on December 17, 2019
While I may have just discovered the music of Messiah’el Bey, he is no novice to the scene. Bey began his work as a performance poet in the late 90’s, and since that time, has made numerous appearances, performances and bodies of work. 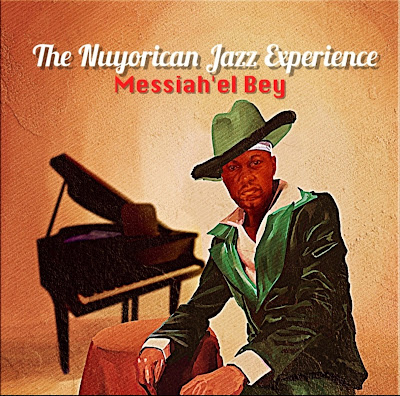 After releasing the critically-acclaimed Kiss of the Immortal album in 2009 and the stunning There In America EP in 2014, Bey began working on solo material. His first release would still be under the Warlock Asylum name titled iWealth eSoul in 2017. The project did receive some independent radio attention and press. Bey was soon back in the studio again preparing for what would be his masterpiece.
The Nuyorican Jazz Experience is Messiah’el Bey’s finest solo work to date. Not only does this album express the cultural experience of New York’s Afro-Latino, African-American, Caribbean, Latino, Moorish-American, and Puerto Rican populations, but extends its gnosis to the musical contributions of these ethnicities from which Jazz music emerged.

My favorite track on the album, "When El Barrio Was Called Home" mixes soulful trumpet sounds with an infusion of Latin   energy driving behind it. The Nuyorican Jazz Experience represents a milestone in the musical life of Messiah’el Bey.