Going "Inside a Place" with Alt-Rock Band, Strangely Alright

Alternative rock band, Strangely Alright, wants to live inside a place that they don't know. But they know they don't want to live in the norm. And perhaps ingesting that strange concoction is what makes their music, well, strangely alright. 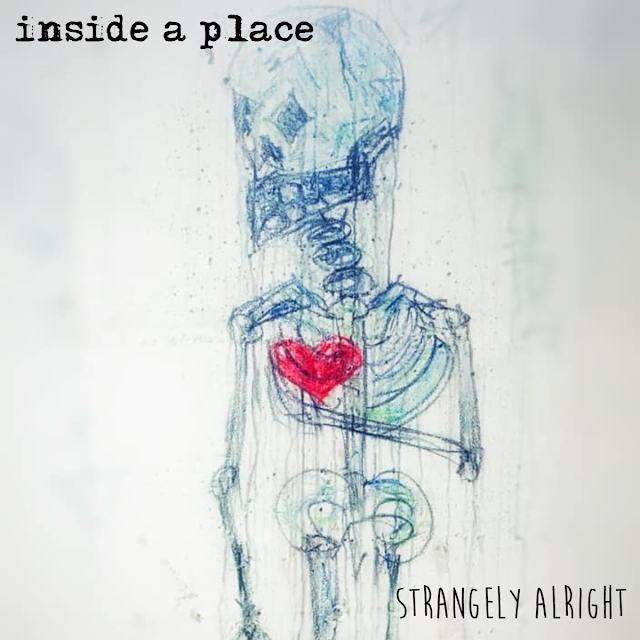 Their latest track, "Inside a Place" is a sexy, smooth calamity of rock, alternative and American goodness. Led by frontman Regan Lane, Strangely Alright's Seattle, Washington based quintet is rounded out by Sean Van Dommelen on guitar, Ken Schaff on bass, Raymond Hayden on keys, and Jason Bair on drums.

"If you see me look the other way."

Their new EP, Stuff, made in the wake of the 2016 presidential election, features six songs about walking the tightrope of acceptance and resistance, of not giving into the overwhelming forces of hatred and turmoil.   Drawing inspiration from various generations of British iconoclasts – including David Bowie, T. Rex, the Jam, Suede, the Buzzcocks, and Supergrass – Strangely Alright moves with an electric thrum and a more than a little swagger. Sprinkle in a bit of Cheap Trick's rowdy power pop, and you're getting closer to picking up what Strangely Alright's putting down.

Listen to "Inside a Place": https://open.spotify.com/album/5anmn9GHf0yAR8zOLjeMQG