Posted by Filthy Riché on February 25, 2020
Rapper Travis Scott's Cactus Jack Nike SB Dunk Low PRM Qs sold out online in less than a day after they dropped. They feature blue and beige bandana and plaid patterns and a beige sole. The shoes are priced at $150, also came in an exclusive box featuring the signature Nike SB and Cactus Jack logos. 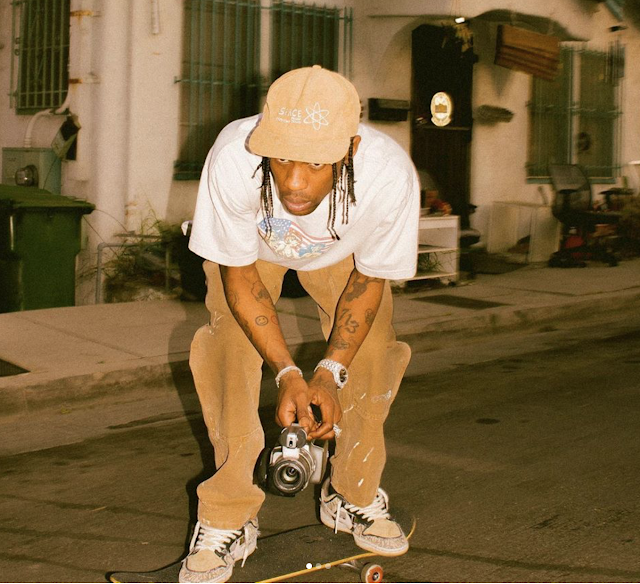 According to his Twitter account, they'll also be available in select Nike shops starting on February 29th. This is not the first time Scott's shoe drops have caused a stir. His Air Jordan and Nike Air Force 1 collabs in 2019 were also quick to sell out. 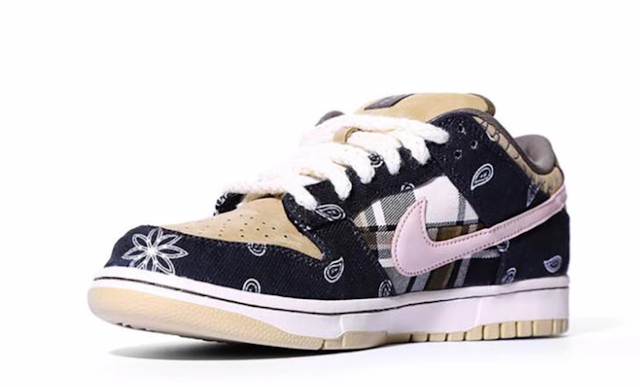