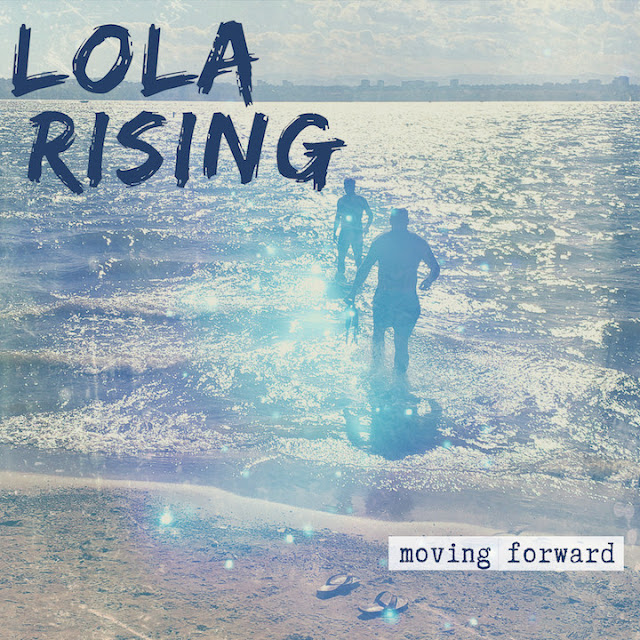 Their new EP, "Moving Forward," is due to be released on April 24th,  and it is loaded with magical dance rhythms, sick vocal harmonies, and a unique ukele driven sound. It makes for a perfect storm to bring everyone together for an amazing singalong dance party. But my favorite song on the new album is "Praying for Red Lights." This track perfectly showcases the thoughts running through your head as you think of lying down roots and settling down in the name of love.

"Moving Forward" has helped Lola Rising cross new thresholds of creativity by introducing new genres and textures, while still finding roots in their original sound. Inspired from basements of haunted hotels in Wyoming to the beaches of California, this record discusses love, loss, struggle and protecting our Mother Earth by using their vivid lyrics and multi-part vocal harmonies.

The six piece Colorado based band has quickly risen -- performing alongside The Wailers, Matisyahu, The Green, The Wailing Souls, The Movement, Trevor Hall and Rusted Root.  They have appeared at a number of music festivals, including The UMS, The Hermosa Beach Summer Series, FoCoMX, The Big Ticket Festival, Velorama, and Spread The Word Music Festival. In 2019, Lola Rising was voted Denver’s Best Reggae Band by Denver Westword.

Lola Rising's name was inspired by band frontman, Guevara, who once wrote about the passing of his `Lola` (means Grandmother in Filipino), coupled with `Rising,` which evokes images of spirituality and embraces the human condition. Their dance-able rhythms, honest poetry, and smooth melodic multi-part harmonies makes their music familiar, fun, accessible, vivid, and thought-provoking.
​
You can hear more of the group's folk sound here:
Website: https://www.lolarising.org/Facebook: https://www.facebook.com/lolarisingmusic/Instagram: https://www.instagram.com/lolarisingmusic/Twitter: https://twitter.com/LolaRisingSpotify: https://open.spotify.com/artist/1bfjieAWcjH0ge90G4fXAc