Posted by Filthy Riché on April 17, 2020
Written and directed by Andres Irias, Perception depicts the story of immigration from two points of view.  The movie presents a Honduran mother who is pressured to migrate, and an American teen from a white supremacist family who is taught to hate immigrants. The 16 minute short film features Linda Collins, who plays Lauren, the Mother/Wife in the American family.

Ms. Collins was also one of the Executive Producers on the project; which filmed in Miami in late 2018. Actor/Producer Linda Collins accepted the “Best International Film” award at the Brightside Tavern Shorts Film Festival for the film “Perception”; which was also a Finalist for “Best Concept”.

And this portrayal also recently garnered her an award for Best Supporting Actress at the Omaha Latino Film Festival. 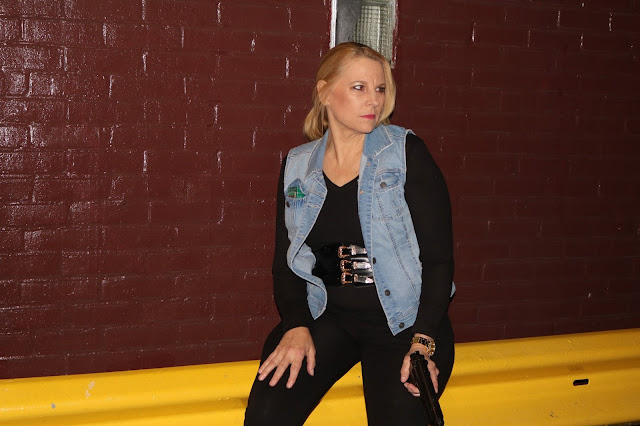 After performing several years as a professional musician in the US and Canada, the St, Louis, Missouri born Collins moved to NYC, and in 2010 began pursuing in earnest her other love - acting. While studying inNew York with renowned acting coach Catherine Gaffigan, she began booking film and television work. Since then she’s booked leading roles in TV Series’ including “I'd Kill for You”, “Stalked”, “Redrum” (Co-starring as Lt. Detective Penny Kimball), “Evil I”, “Monsters Inside Me” (Co-starring as Patricia Nash), and the co-lead role in an episode of the American television documentary series, True Crime with Aphrodite Jones. She has also appeared in the Feature Films “Burning Blue” (As the on-screen mother to William Lee Scott's character), “Contest” (As a cooking contest Judge), and in the leading role of Edna in Ashley Cintron's production of “Chef's House”.

Linda can be seen in other upcoming productions including a principal role in 21st Century Vision Films crime thriller “The Stable” - playing a gritty nightclub owner/head of a human-trafficking ring.

Additionally, she recently appeared in films such as “In My Eyes”, about a young man with Cerebral Palsy going to college and the anxiety that he carries with him (an Official Selection at LIIFE), “Three for the Road”, a comedy about three independent, intelligent women from completely different backgrounds who come together seeking spiritual enlightenment (directed by David Patrick Wilson, an Official Selection and Finalist as Best TV Episode in the Portland Comedy Film Festival) and Horror film by Director Terry Wickham, “Gruesome Threesome”; where a young couple have a fun online video chat, while watching an anthology horror film. What begins as innocent entertainment leads to a horrific conclusion. Collins has worked with Wickham before; on “Double Vision”, about a couple who once dated and reconnect after a decade apart whose bliss is shattered by pure terror. At the same time, two women who are business partners have been having issues professionally, which leads to an unimaginable terrifying outcome. The latter three films also screened at the Hells Kitchen NYC Film Festival.