Album Review: The Gospel According to Blind Uncle Harry

Singer-Songwriter, Blind Uncle Harry's alt country album, "The Gospel According to Blind Uncle Harry," is quickly gaining rotation on college and community radio stations across the United States. At a time when even the COVID-19 pandemic is being politicized, the album's sexy bluegrass instrumentation, catchy vocals and sweet harmonies provide some musical mental relief to our nation's chaos.

Harry's wittiness is a joy.  He makes fun of pretty much everything mainstream American -- from the work ethic to all things conservative christian. Yet it still manages to be laugh out loud funny, especially Hillbilly Hippie Haiku Heaven, D Chord Hammer Ditty, Uh Oh (Sounds Like Somebody Pissed Off Jesus), Indiana, and It's All Fucked. 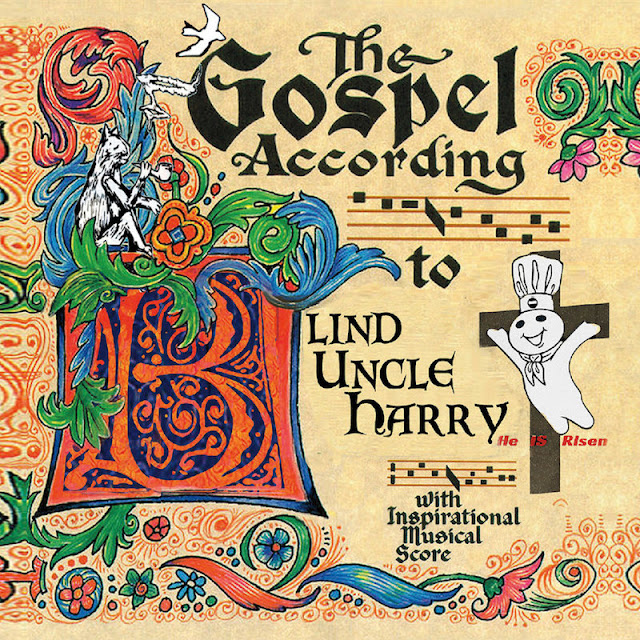 The Bloomington, Indiana crooner was born Chris 'Harry' Doran.  The name Blind Uncle Harry came from his actual great Uncle Harry, who was indeed blind. He was a fiddle player and sparked a life long appreciation of the power of one man and an instrument.

You can stream the whole album on Spotify or Bandcamp.
https://open.spotify.com/album/3agVRiQ4IJ0DaHdjwX7d8z?si=XtKMoFBZRvud752nfbl09ghttps://blinduncleharry.bandcamp.com/album/the-gospel-according-to-blind-uncle-harry

My favorite track on the album is Hillbilly Hippie Haiku Heaven. The song plays on the strings of classic Americana music, with the finesse of folk, country, blues, and rock. The lyrics are truly American as well, making light of all of the modern partisan hot button issues. Check out the video below...


Some call Blind Uncle Harry the "king of the sing along," and the album has plenty of opportunities for you to sing til your quarantined neighbors bang at your door, with live show audience participation favorites Cry Me a Rainbow, Song for the Revolution, and Savannah Kentuckiana included. And of course it wouldn't be Blind Uncle Harry without a healthy dose of twisted love gone wrong songs (Emma Lynn, Long Lonesome Tune, Strip Mining My Heart, Sunny Afternoon) that only he could come up with. The album features instrumentation by Blind Uncle Harry regulars The Wonderhills, but it’s the gorgeous harmonies of Harry, Shelby Jo Everett, and Alexandra Burgan will be what you remember. It was primarily recorded at Tecumseh House studios in Harry's 130 year old house, with mixing and mastering at Bloomington's Blockhouse Studios with the superb Andy Beargie.
WEBSITE AND SOCIAL MEDIA:
https://blinduncleharry.com/
https://blinduncleharry.bandcamp.com/
https://www.facebook.com/BlindUncleHarry/