Amidst the Chaos and COVID19, Najee Janey Releases EP -- "As Is" 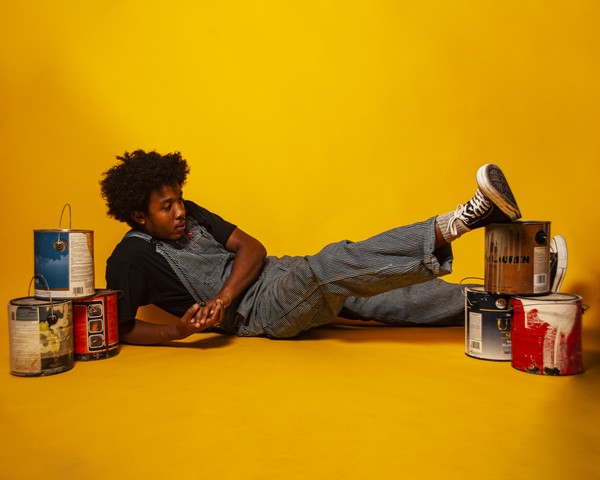 New England native, Najee Janey, has been a buzz in Massachusetts for some time now. The singer, songwriter, rapper and poet, released his debut, The Purple Earth Theory last year, earning him two Boston Music Award nominations for R&B Artist and Unsigned Artist and a performance at the ceremony. Najee has also gathered heat for his writing and performance contributions and credits on Atlantic Records R&B artist Sebastian Mikael 's last two albums, totaling seven songs, including the recent hit single " Time."


"Disturbing the peace in places we live"

Amidst the chaos, pandemic, and civil unrest of the last few months, he turned to the studio for reflection.  His new EP, "As Is," is a scorching, five song revelation delivered as one continuous track. A reflection of Janey's life and times during the chaos of the Coronavirus quarantine, "As Is" echoes raw as unmastered, unpolished and unapologetic musical poetry.

Najee spits so much raw truth on this EP.  Straight out  of the gate, Tired of Being sets the mood and vibe of "As-Is". You can hear, almost immediately, that the independent artist is unapologetically truthful and reflective. His talent as lyricist is clear.  Born in Roxbury, MA, he grew up in a household where music was always playing -- His dad played an eclectic blend of music, ranging from Zouk, reggae, jazz, funk, LatinX and R&B. Over the past few years, Najee reveals he has written and recorded hundreds of songs.

"Fear is out the window, you know it ain't meant to last"

The dopest joint on the EP is Uhreeverderche. With a sexy throwback sample, he dives in and right when you're mesmerized by his rapping and writing abilities, he  shows off his talents a vocalist. With "As Is," Janey prevails as a brilliant melodious spectator, emerging from the ashes of turbulence, undaunted by the doggedness of unrelenting societal change. He says,  "'As Is' can be likened to the soundtrack of a battlefield movie during a crazy-ass war. From the searing sound of a soldier prepping his ammo, to the wailing of wanting to be healed from his wounds, each track symbolically matches the intentions of wanting to fight back. The fight though is with and within myself and my words are the bullets."