Posted by Filthy Riché on June 09, 2020
Singer songwriter, Forrest Hill's new album, "River of Stars" is a joy to listen to. I was only 3 minutes before I sank into my comfy chair and disappeared into the magical melodies and wonderfully put-together instrumentation on the project.  Hill's vocals are truly unique while you can still hear  a number of sexy influences by such artists as Bob Dylan, Leonard Cohen, The Talking Heads, The Beatles, Paul Simon, Jason Mraz, John Mayer, Munford & Sons and others.

Lyrically, “River of Stars” continues in the style of his recent releases, focusing on the search for meaning in an increasingly mechanized and impersonal world, while seeing the beauty and possibility for liberation in all beings.

"When the world seems so insane,
You make me feel alright" 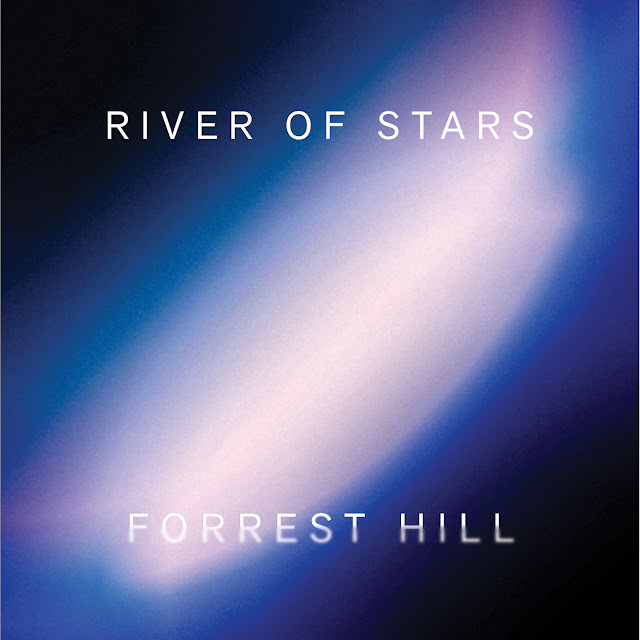 Crazy Days and New Horizon are the two most popular songs on the album, helping to rack the album over 100,000 streams on Spotify. Both numbers have a "save me" quality about them. Crazy Days feels and sounds like it belongs on a movie soundtrack. And New Horizon should definitely be added to your playlist.

Hill makes story driven indie music, mixing elements of folk, pop and alternative rock, with lyrics inspired by observations of the human condition and personal insights from his meditation practice. Forrest began writing music while hitchhiking across the country through post-Vietnam America. He was inspired to composed by the struggle and beauty he saw around him as he traveled the back roads of the American landscape.  Channeling many of his influences at the time (Dylan, Hendrix, Motown) he developed a freewheeling style of music that crosses many styles and captures what Forrest calls the evolving human spirit.


After leaving the road, Forrest settled in Boston where he co-founded the funk rock band Judy’s Tiny Head (JTH). The band released two albums in the 1980s, including the single “My Car” (an ironic take on the worship of status symbols), which became a local commercial favorite in New England and a top 40 hit on college radio. Forrest and JTH went on to performed with such acts as the Violent Femmes, Run DMC, Deborah Harry, Paul Young and Aimee Mann. JTH eventually recorded with famed music producer Teddy Riley, before parting ways in the 1990s.
Following the breakup, Forrest returned to school in Boston and eventually earned a PhD in marine ecology before resettling in Northern California. While working as a postdoc in Davis, he began playing out at local coffee houses, where he developed a new more introspective writing style. His music was highly influence by his environmental work and newly found meditation practice.
After moving to Oakland, Forrest began attending silent meditation retreats and eventually became certified as a mindfulness meditation instructor. He also taught college courses to incarcerated students at San Quentin Prison and organized campaigns for local Green party candidates in the bay area, before moving to Napa. In 2012, Forrest founded Napa Valley Insight Meditation, where he continues to teach to this day.
In 2016, Forrest released his first solo album called “Rust.” The music was shaped by his passion for personal change and the deep love he had found with his new wife. Forrest followed this up with the 2018 album “ShadowLight”, which continued his investigation into life, diving deeper into the subjects of love, acceptance and the inevitability of change. Both albums spent over two months on the college radio music charts and garnered several TV and film licensing agreements