Second Hand Mojo To Drop 'Open Up Your Mind"

Next week, established rock band, Second Hand Mojo is releasing a new single entitled, "Open Up Your Mind". The band, which describes its sound as "Midwest Rock with a Southern Fried flare,"  is based out of Canon, Michigan. 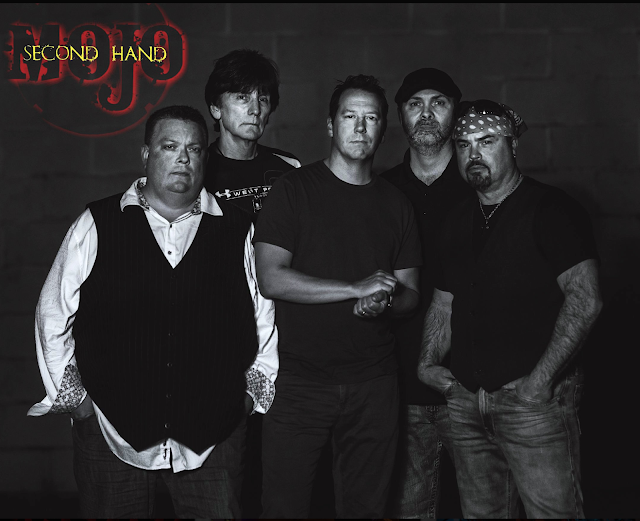 The track, features Marq Andrew Speck on Keyboard, James Hampton on Bass, Scott Brokaw, on Drums, Vern Springer on the Guitar, and Vocals from Chuck Riepenhoff. We love the spirit and beat of the tune. Its about opening up your mind and listening to each other. "Lets give the respect to be heard, say the word."

"Its another time,
Unlike it ever will be..."

Expect the single to build on the band's years of national touring and recording experience of founding members Vern Springer (guitarist) and Scott Brokaw (drummer). The duo had 2 of their songs selected for the soundtrack of the movie “Driven to Ride”, a critically acclaimed documentary that explores the unstoppable spirit and diversity of women motorcycle riders. These songs were performed with their popular Detroit band at the time, Day 41. This movie soundtrack success lead to 5 more songs getting placed in Michelle Carpenter’s documentary “Klocked: Women of Horsepower” in 2016. For these songs, Springer and Brokaw teamed up with keyboardist Dave Kimber and renowned gospel musician David Winans II.

"So listen to me, I'll listen to you. Let's give the respect we deserve to be heard."