In a year of a widespread airborne pandemic electronic music producer, Track Taylor has the antidote. This musician with a love for the heavy and groovy side of music has concocted a dope song entitled "Antidote". While the Norwegian producer is new to making music digitally, he has a background from several underground rock, metal and stoner bands and knows his way around both the bass and electric guitar. 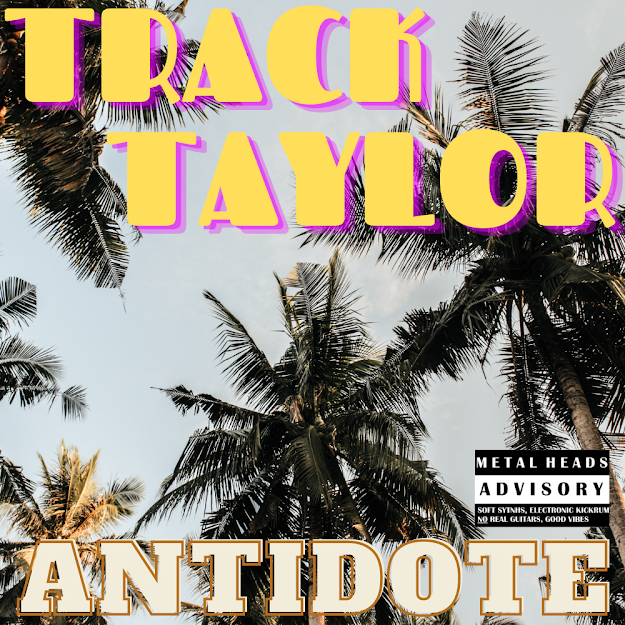 Take a listen to "Antidote" and drop a comment below... https://soundcloud.com/user-52276040
Taylor can be described as 50% musician and 50% sound enthusiast. He explains, "a song doesn't need to contain the most beautiful melody to engage me. A big part of my "musical" revelation growing up was when Rage Against The Machine hit me in the face. I don't think they have ever produced a single beautiful melody, but their sound is so unpolished and raw."Taylor says he also is a big fan of the deep frequencies such as kick and bass, and was probably why he was so into rock and metal since it was so "hard hitting."As he got a bit older, he realized that his view was a bit narrow. Because as he says, "my sincere opinion was that if it had synthesizers in it, it was fake. But as I progressed as a musician, I discovered bands such as Led Zeppelin, Blue Oyster Cult and Opeth. And that softened my opinions a bit."
Then Prodigy and Nine Inch Nails came along, which are both hugely electronic based bands. Some years went by, and then came Skrillex, Deadmau5, Kygo, Alan Walker and others, which had so nice a sound that Taylor had to be true to his heart and admit to himself,  "electronic music is not only OK, it is awesome!" And the more he dived in, the more he loved it.From the  deep stomach twisting sine waves and hard hitting 808s, he was sold.
Just 10 months opening up the DAW for the first time, Track Taylor released first single "Antidote". Its available on Soundcloud, Spotify and other major streaming platforms. And you can follow him on Instagram @Track_Tayl0r
artists spotlight Dance music EDM electronic music Track Taylor