Black Note Graffiti Kicks into Over Drive with "Knights"

Black Note Graffiti just dropped a new single entitled "Knights". Its a lively and pulsating song. The Ann Arbor, Michigan based rock band is "taking over your nights" with this tune.  Gabrielle, one of two vocalists in the band, delivers some ass kicking vocals, and the guitar and bass were flowing heavy on "Knights". 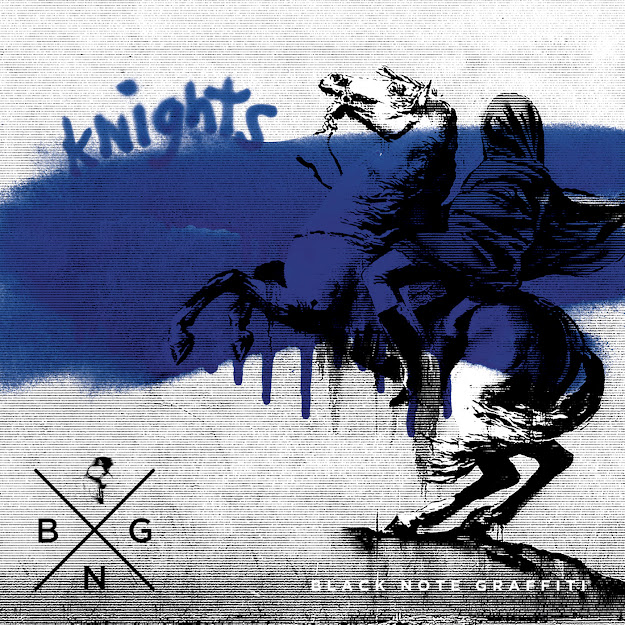 You can listen to it on Spotify or check it out on YouTube...https://open.spotify.com/track/6dzHEN5MOlDF4QUapGTp7o?si=e7o3uQAZQz-Xl6Lr7WmYPw   The group is committed to delivering a high quality sound -- Black Note Graffiti musicians have collaborated with three time grammy nominated producer Brad Gilderman. They have also collaborated with vocalist/producer, Vinn-E Dombroski, from the rock band Sponge, Chuck Alkazian at Pearl Studio (BNG Volume 2), and renowned producer, mixer, and engineer, Al Sutton, who has worked with artists such as Tom Petty, Kid Rock, Brian Wilson, Michael Jackson and Detroit Cobras. A they bring an array of accomplishments amongst them --having had material air on Spike TV, MTV, On Demand Cable, TLC, charted on CMJ and aired on Sirius radio. The band fuses progressive metal with alternative rock for a unique and current sound.
Website + Social Media:http://blacknotegraffiti.com/https://www.instagram.com/blacknotegraffiti/https://twitter.com/blacknotegraffihttps://www.facebook.com/BlackNoteGraffiti
Black Note Graffiti Knights Music Review