It was such a joy to listen to the latest groovy full-lenth project by Indie Panamanian psychedelic electronic artist CIENFUE.  Also known as Camilo Navarro Quelquejeu, he has finally released his much anticipated first full length English-language album named Life in the Tropics. The long awaited project is available now digitally and on physical vinyl to celebrate Record Store Day. The album includes already praised and popular tracks such as “Life in the Tropics”, “Sunset Sesh,” “Shining in the Dark”, and “Our Own Devices”.

Listen to it on Spotify: https://open.spotify.com/album/3fFFathSXotyvKhDijy5NS?si=HQin-gM_SI-rlZIAdYeJdg

Following his latest release “Open Her Eyes (Eyes Wide Open Remix)” by the legendary vocalist Lilo Sanchez of Señor Loop, Cienfue delivers an Ayahuasca-fueled indie pop journey with surprisingly catchy songs throughout Life in the Tropics. With songs like “Serene”, “Riding the Waves” and “On the Back of Your Neck” Cienfue showcases his vocals with a more slow-tempo guitar driven melodies that create a romantic ethereal atmosphere inspired by surf culture, his Panamanian music roots and overall his connection with Nature. The album plays with acoustic guitars and electronic elements to create his distinctive sound that he molded early on by arranging digital music on an early Macintosh computer, and experimenting by recording with cassette tapes which later evolved to his signature sound dubbed as “Psicodelia Tropical”. 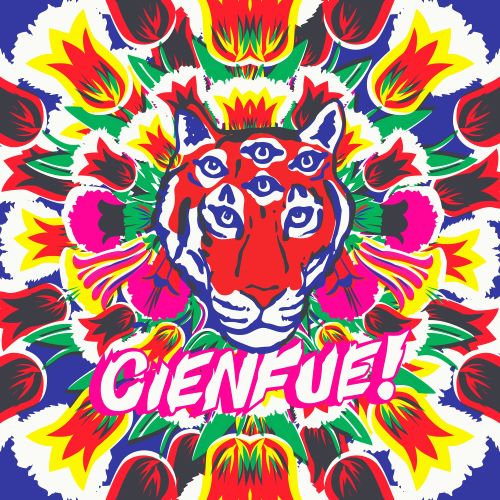 The advanced singles of this album, along with their psychedelic and captivating videos, have already created media buzz, attracting national and international media such as NPR’s Alt Latino, KCRW, Earmilk, Remezcla, Noisey en Español, CNN, Nylon, to name a few. Now, he finally releases his 12-track original songs along with 2 remixes featuring ill Factor and Lilo Sanchez which will also be part of his upcoming remixes album that will be released in 2021.