Southern California based, Hemisphere is taking its listeners on a musical and visual journey. Hemisphere blissfully blends musical elements of  rock, pop, jazz, fusion and metal to create  a truly original sound.  The band just released their new album entitled, American Dreams. The American Dreams album is meant to emphasize and promote the spirit of unity, diversity, and equality. 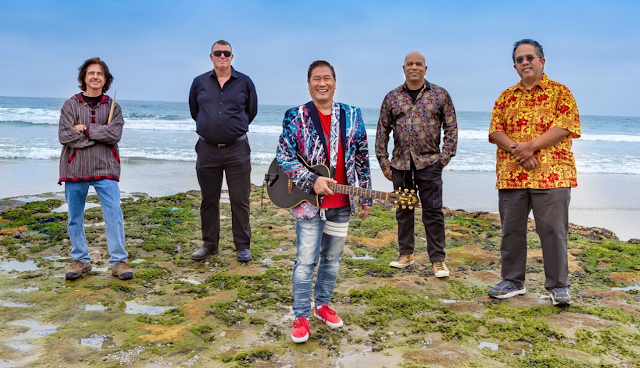 Each song on American Dreams album tells a piece of the band's storied journey. "Transmission" is a bright, melodic, and vocally harmonious track about communication, confusion, and social media.  The witty lyrics and  impressive instrumentation  and futuristic vibe make this a really fun song to stream and enjoy. "Sometimes I get confused transmissions, hard to understand."

"America" is a soulful, lively mashup that is one part latin, another park rock, and totally jammin! Its like listening to The Commodores and Gloria Estefan at the same time.

Another song I love on the album is "Sky Full of Stars". The song has an electronic quality that is markedly unique. The percussion loops and guitar interlude make the instrumentation the highlight of this track.

Take a listen below...

Hemisphere is made up of  a group of well seasoned musicians. "American Dreams" is a musical expression of all their hard work. Its a delight to experience and hear. 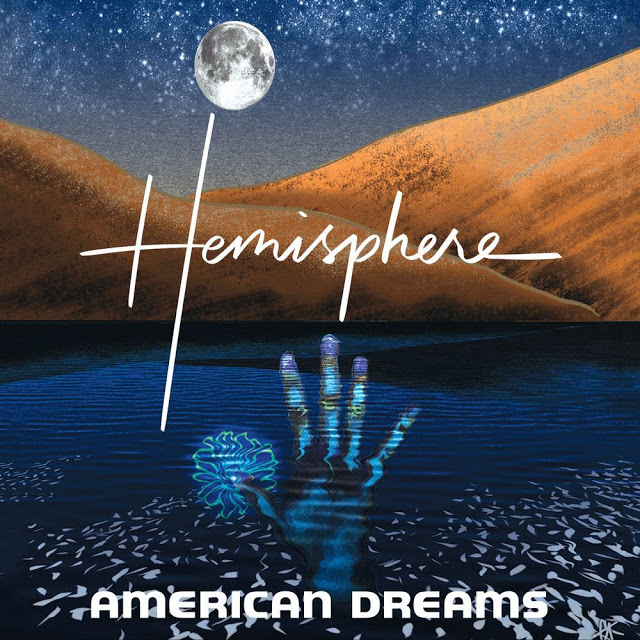 Rob Shinno formed Hemisphere with sax player Don Bowman and released the CD ‘Blue Planet Dreams’ which also garnered critical acclaim and was nominated for ‘Best Album of the Year’ by the San Diego Music awards. Don is the lead vocalist and well as wind instrumentalist for the band who has a very emotive style and delivery. Influenced by George Michael and the harmonies of Manhattan Transfer, Don's vocals are showcased on the new American Dreams album. Mike McQuilken holds down the creative rhythmic structures for the band with a passion for feel and adaptability.  Max Zape  adds his pizzaz as one of the busiest keyboardists in San Diego with over 30 years of experience. He was a major force on Hemisphere's Destinations album and the band seems glad he's back for more on American Dreams. And holding down Hemisphere's bass is Nathan Brown. Originally from Detroit, MI., he's now one of San Diego's most expressive bass guitarists.