Matty Marz Drops New Single for the Discoteque - 'Mine'

Today, Electronic Pop artist, Matty Marz released a new song  that was three years in the making entitled “MINE!” The lively track explores the consuming feeling's of desire & anxiety at the hands of a blossoming relationship. The initial idea for “MINE!” was sparked by these intense guitar chugs & syncopated drum sequences that start the song back in 2017, with work on the single continuing throughout the past three years. The pacing of the drums and honest reflection of the lyrics make for a steady stream of consciousness like effect. 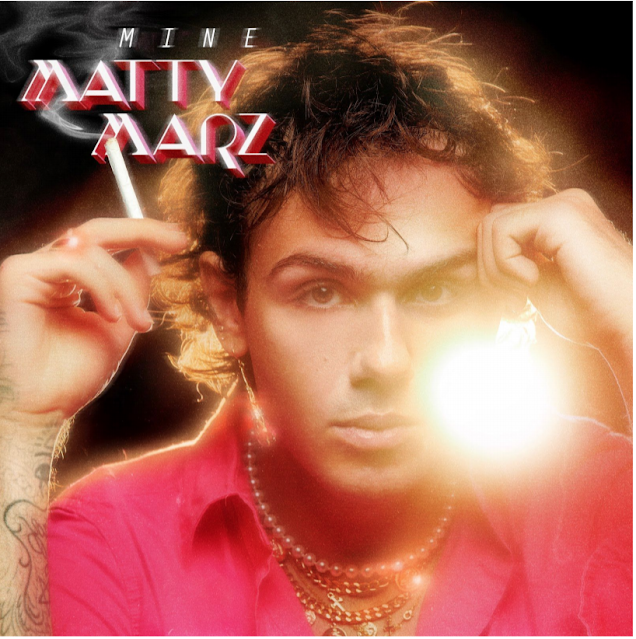 Through the various edits, changing concepts and rewrites, “MINE!” signifies the start of what Matty believes to be a beautiful & prosperous artistic period. Delving deep into Prince-esque glittery romance territory, “MINE!” sees Matty blend new wave sensitivities on a track with inviting vocals, rousing beats and a pinch of glam rock subtleties for good measure.
With genres ranging everywhere from classic rock, bubblegum pop, funk & electronica, Matty Marz has put himself in a category few artists get to live; a lane entirely his own making. Growing up, Matty spent much of his youth involved in various theatre companies & productions with eyes set on center stage. By 13, he started studying the craft of classical composition & vocal technique while starting his journey as a songwriter. As the formative teenage years went on he found solace & safety in pop music, which culminated in 2018’s Dandy and 2019’s Lovefool. Artists such as Madonna, David Bowie, Prince & Lady Gaga showed him the light of what being an artist could be. He knew what he was intended to do with his life. As the sole creator of his music, Matty has complete control over his process. With a fiery presence & keen sense of individuality, there is nothing stopping the singer-songwriter.
In this next chapter, he’s set his sights and aspirations on center stage: the world. You can listen to Matty Marz here: https://smarturl.it/MattyMarzMine
And check him out on Instagram...https://www.instagram.com/iammattymarz/?hl=en
electro pop Matty Marz Mine