This week has been one for the record books. If you're ready to unwind, I've got an amazing and intriguing project to tell you about.

Primarily a duo, Baltimore’s Waterplanet is the work of imagistic songwriters and multi-instrumentalists Millie Landrum and James Hesser. Waterplanet creates psychedelic folk-art rock with a pop twist. Their cinematic storytelling has been compared to: She and Him, Courtney Barnett, The Velvet Underground, Sonic Youth, Violent Femmes, Pixies, Patti Smith, X, and other ground-breaking artists. When Shelly Yakus, engineer to John Lennon, U2, and countless others, heard Waterplanet's recordings, he declared them ahead of their time, and said they conjured animated movies in his mind. Their latest single, entitled Girl, is a song from the EP "Never Far". 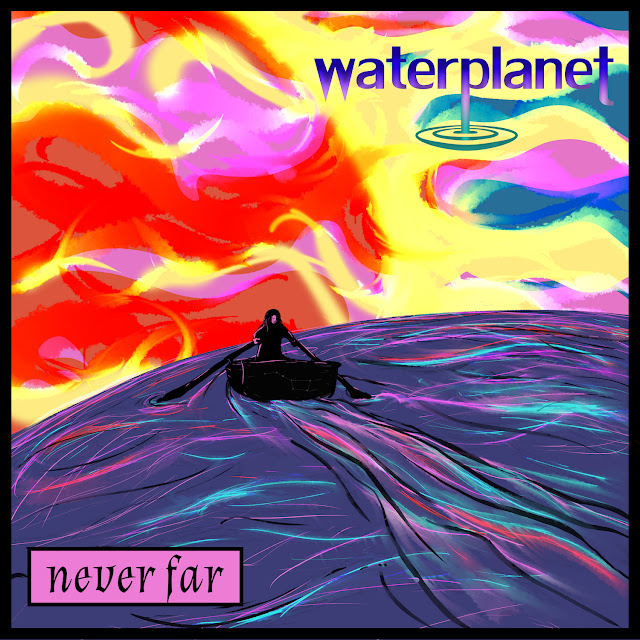 Girl  has a flowery yet powerful, folksy vibe as it highlights a "stupid girl" who staggers through life but knows that "someday when I am big and wise, Im gonna kick down the castle sin the skies." I love the bass guitar, acoustic feel, and vocal chanting quality.

With driving melodies, rich harmonies, and spare instrumentation, Millie and James share vocals, alternate on guitar, percussion, synthesizer and other instruments, and frequently collaborate with other musicians. Though their songs have been included on several compilations and self-released albums in the past, the last few years have been especially exciting for Waterplanet. Playing multiple shows in New York, Baltimore, Washington, D.C., Pennsylvania, and Virginia, Millie and James have been growing their following and exploring new musical directions. In February 2016, their video for “Kingmaker,” self-produced for NPR’s “Tiny Desk” contest, earned Waterplanet a nomination from Washington, D.C.’s Deli magazine as one the “emerging artists” of the month.