What makes Becky Kapell special is her unique story of sheer drive, talent, and spontaneity.  The Americana singer's new single, I Don't Know" is a groovy, folksy track that highlights her perfect vocals. And the drums on this song are kickin' ass! The song's melody is so easy going and the lyrics so matter of fact. You'll wanna listen to this song more than once.

The Minnesota songwriter and singer picked up her teenage son's guitar on a whim and began teaching herself to play at the tender age of 42!
With no intention of writing songs, as she taught herself basic chords, melodies began to emerge and then somewhat magically, lyrics attached themselves to the melodies. 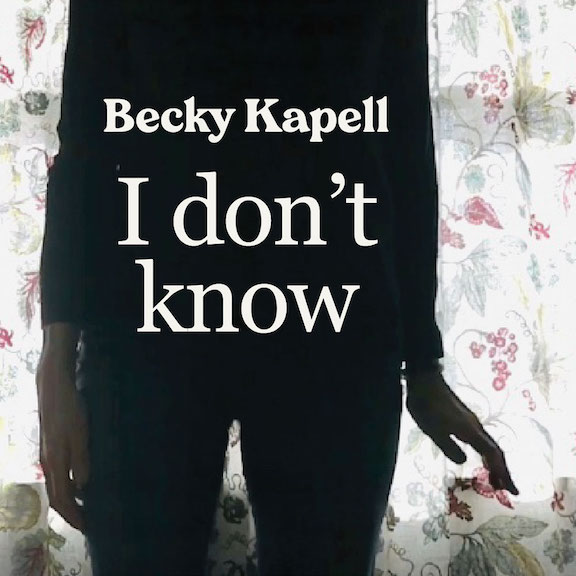 "I don't know, what you been smoking.."
Becky Kapell recorded 12 songs with old friends in Portland, Oregon (where Becky lived as a young adult), for her first record, For Now, which was released in 2012. Based on the strength of that recording, she caught the attention of respected Minnesota musician/guitar player Paul Bergen.
As the two began playing together her song-writing morphed from the folkier sound of her first record to the more guitar-driven sound of her 2018 release, That Certain Ache. They have continued to play and record together along with Becky's band The Fat 6 which often includes various luminaries from the Minnesota music world.
"I Don't Know" is set to be released on Nov 6th. Its just a little sample of whet we can expect to hear on Kapell's new album titled "In It to Win It".Socials + Streaming:-Website: beckykapell.com-Facebook: https://www.facebook.com/beckykapellmusic/-Twitter: https://twitter.com/missbeckykapell-Instagram: https://www.instagram.com/beckykapell/?hl=en
-Soundcloud: https://soundcloud.com/eckyapell/i-dont-know
Becky Kapell I don't know In It to Win It Music Review