Gabriel Douglas is set to release his new album on 12/21/20, the first day of winter and the darkest day of the year. That is no small coincidence, The folk singer-songwriter's new album, entitled "Darker Still", is deeply emotional and connects with some of the low points many of us have experienced in this unbelievable year . 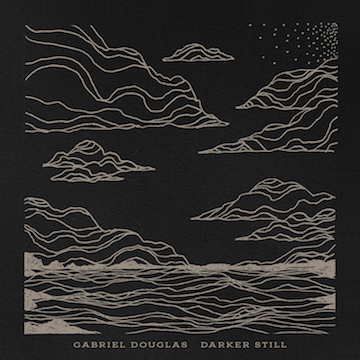 "Fed up, mmmm... but you gotta get up"
It sounds like Douglas was in a very dark place when he recorded  these songs, especially Heart Wants, which is the lead single. Some other standouts for me are Holding Patterns and Ain't Gonna Fight (You Are Enough).  The album has the melodic yet melancholy feel with lyrics that bring forth the loss, despair and struggle. It's unclear whether Mr. Douglas was inspired by a loss or a breakup. But one thing is certain: Gabriel Douglas is pouring his heart out on this project. It was produced by Gabriel Douglas & Kai Brewster at Silverback Sound. Gabriel Douglas an be heard on vocals, guitar, and keyboard with Kai Brewster on synth and keyboard.
"I ain't gon fight to keep you here."STREAM (Soundcloud):https://soundcloud.com/gabrieldouglas/sets/darker-still/s-Fuz52FBbQcgPRESAVE: https://distrokid.com/hyperfollow/gabrieldouglas/darker-still
WEBSITE + SOCIAL MEDIA:https://linktr.ee/gabrieldouglasinstagram.com/doubleasteriskfacebook.com/gabrieldouglasmusicgabrieldouglas.bandcamp.com
folk music folk rock Singer songwriter