Latinx Band, Las Cafeteras Does ‘Spanglish’ version of ‘Georgia on My Mind’ to support Black and Brown Unity and Voter Participation in Georgia US Senate Runoffs 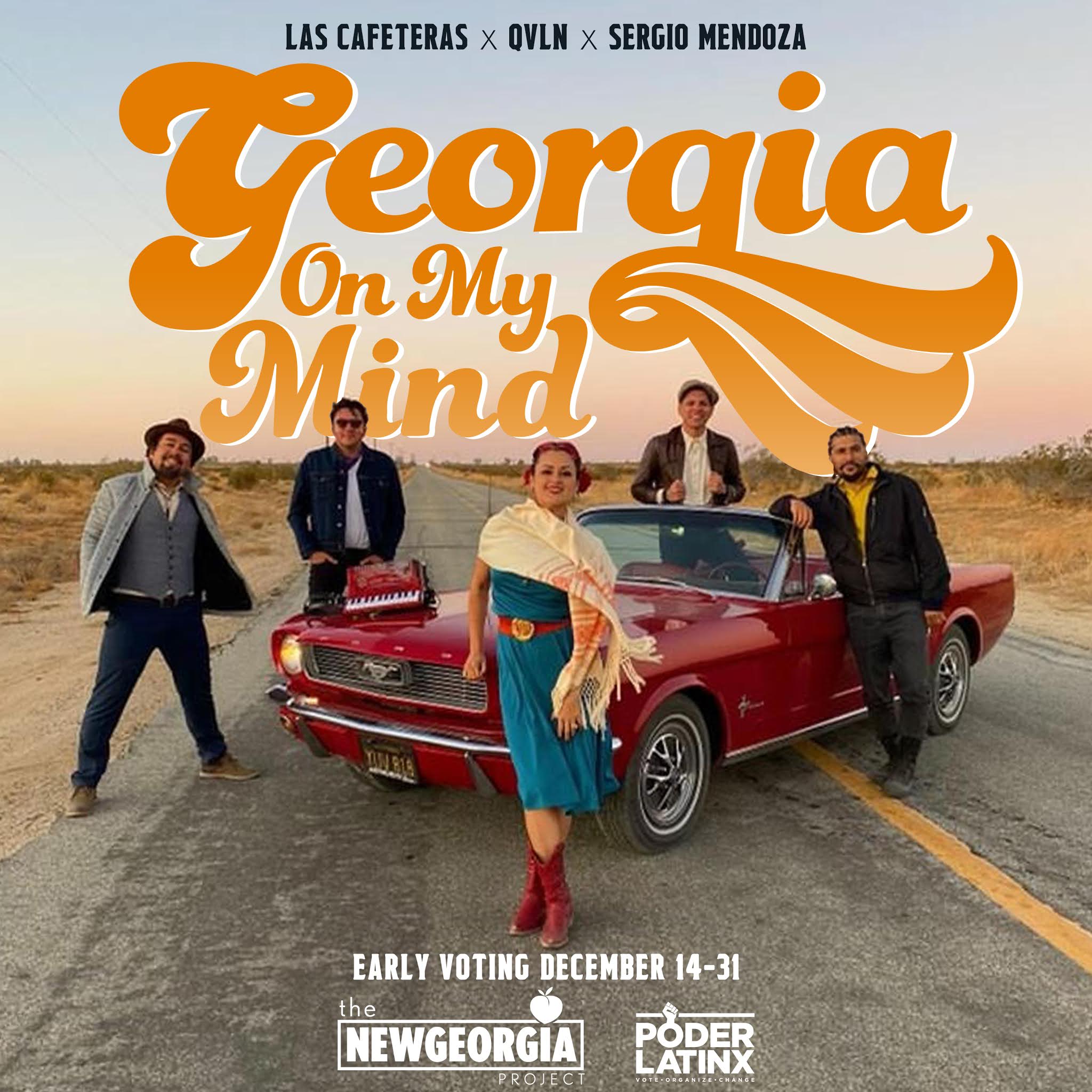 This year, Georgia flipped to blue and helped to elect Joe Biden as the next president of the United States. This was the result of a coalition of both progressive and pragmatic democrats, and some moderate Republicans who decided Trump's time was up. When Biden won,  his victory brought to light the strength and power of the Black and Brown communities. Well now pop culture is using  the power of music and collaboration to bring social change a new rendition of a classic Georgia song.

Latinx Band, Las Cafeteras created a dope arrangement of Ray Charles' classic hit, "Georgia on My Mind". The song itself is a crazy mash-up of genres, featuring artist QVLN and Sergio Mendoza utilizing Afro-Colombia rhythms of Cumbia,  and Electronica. But the coolest element of the remake is the inclusion of a trap beat. Trap music, which was born in Atlanta, Georgia, is all about the struggle and the come-up. Taking a song from our grandparent's generation and making it new, relevant, and inclusive is what does it for me.

Aside from the classic chorus in English, there are new lyrics which speak to a sense of determination and empowerment to its listeners via Spanish language rap.

Georgia has the opportunity to help Democrats flip the Senate if voters elect Raphael Warnock and Jon Ossoff. Early voting in the US Senate Runoff elections in Georgia started December 14, and the band hopes this song will be an electoral anthem for Solidarity among Black and Brown communities.

Blending cultures and genres, the performance of ‘Georgia on My Mind’ by LA band Las Cafeteras is a joyous way to unite people and get voters dancing all the way to the polls in Georgia.Joining in support of this song is New Georgia Project and Poder Latinx, both of whom are focusing attention on young voters of color in the state.The song speaks to the changing demographics in Georgia. Over the last 10 years, the South has been home to the fastest growing Latinx population in the country, which includes Georgia. The new cumbia rendition of “Georgia on My Mind” speaks to the nostalgia of Latin America to new immigrants, but also calls to the the 1st and 2nd generation Latinx youth who call Georgia home and grew up with Hip-Hop in the home state of Trap culture.