Posted by Filthy Riché on December 07, 2020
Nothing makes my ears happier than when they hear good music. This weekend, I had the pleasure of listening to a deliciously heartfelt musical collaboration by Rory D'Lasnow entitled "Happy (feat. Phil Robinson)". The song's lyrics, Rory's raspy vocals and unique acoustic guitar, Phil's touch of folk with the harmonica-- from start to end, the song is a beautiful emotionally connecting ballad.  This song hits the mark.
Rory D’Lasnow is a singer-songwriter from New Jersey who is making a name for himself for his well-crafted music and his unique guitar playing style. From the first time his father brought out his guitar to comfort Rory as a baby, it was clear that a lifelong relationship with music was being forged. Though he initially feared the sound of the instrument, Rory soon picked up his father’s right handed guitar upside down and backwards and began to craft original songs. Phil Robinson is a popular NY-based singer-songwriter well-known for performing fun-filled shows along the East Coast, and for lending his unique harmonica chops to other artists both on stage and on record. 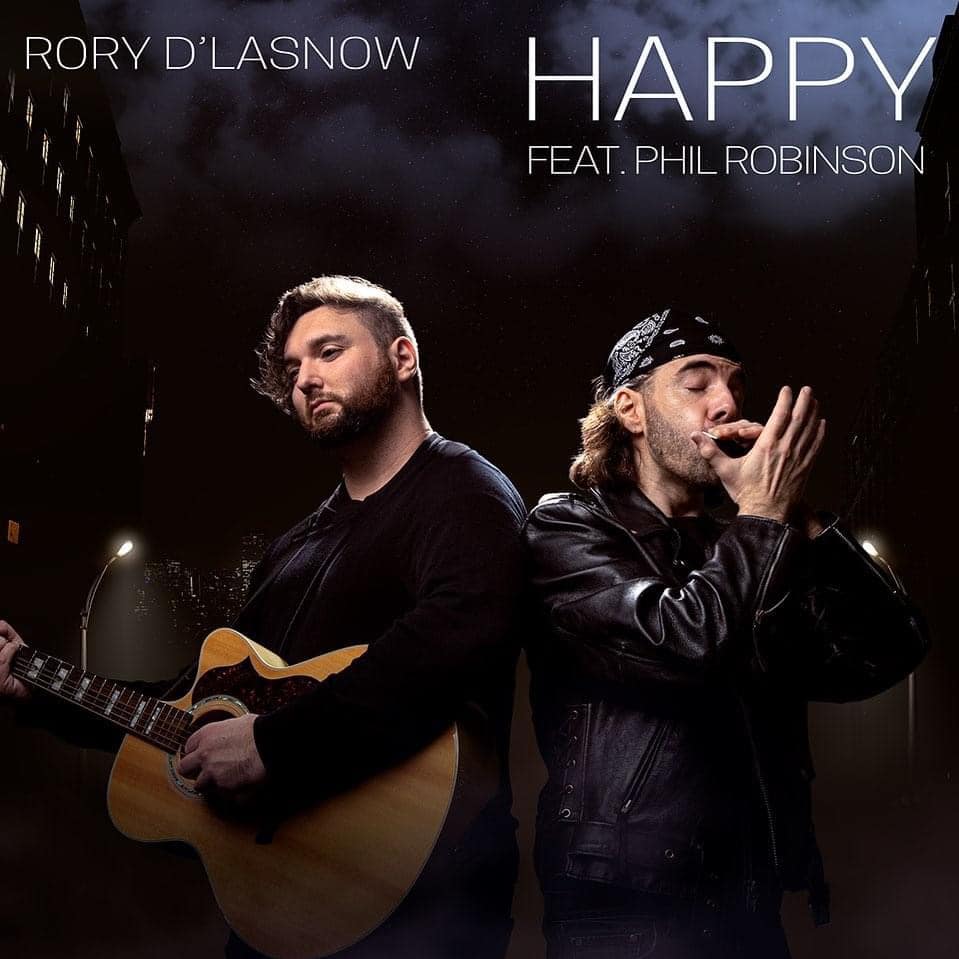 Despite never turning the guitar right-side up, Rory has cultivated a unique contemplative sound that has propelled him on to perform at some of the East Coast's most distinguished venues and festivals; from the Knitting Factory, The Bowery Electric, Pianos and Rockwood Music Hall, to Revolution Music Hall on Long Island, and The Saint and Brighton Bar on the Jersey Shore. He has also had the honor of opening for featured headliners such as American Idol winner Lee DeWyze, actor/musician Drake Bell, and John Corabi of Motley Crue/Dead Daisies fame.STREAMING:https://open.spotify.com/track/3KsxuFI2uwhEHEkWeztl6zWEBSITE AND SOCIAL MEDIA:https://www.rorydlasnow.com/https://www.facebook.com/rorydlasnowmusichttps://www.instagram.com/rorydlasnow/https://soundcloud.com/rorydlasnow
alt-rock alternative folk rock Indie rock Music Review Singer songwriter