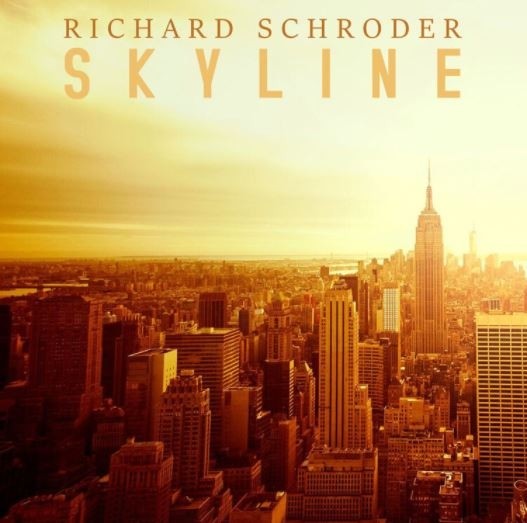 Richard Schroder is. a rising singer-songwriter. Two years ago, he managed to break through in Nashville's country music scene, composing new music with award-winning songwriting vet Steve Seskin (7-time #1 hit songwriter for Tim McGraw, Kenny Chesney, and others) and partnered with elite, Nashville-based musicians to record it. He’s been working hard to maintain that momentum ever since.
Now he's back on the scene with a brand new EP entitled "Skyline". Its a six song well-crafted project with a delightful Nashville sound infused with nuggets of American and Rock. You can listen here: https://www.richardschroder.com/music/skyline-ep
"Golden sunlight in her hair, everyone who sees her swears she could be almost an angel."
From "Almost an Angel", a rockin' country tune about a girl who's "as close to perfect as the sky is to the sea," to "Stay Over", an uplifting tune which contains some fun folk and Americana elements, this EP is a joy to listen to.
His music has been featured on Spotify's Wild Country editorial playlist.  His songs have also appeared on hit Discovery Channel / TLC TV show, Sweet Home Sextuplets.  His recent radio singles—”We All Start Somewhere” (#36), “Almost an Angel” (#55), “Wildest Dreams” (#58), “Drivin’” (#62), and “Let’s See How Far We Can Go (#67)”—arranged and recorded in Nashville with a lineup of first-call musicians, have resonated with listeners and earned Schroder significant traction.
SOCIAL + STREAMING
Website: https://www.richardschroder.com/
Facebook: https://www.facebook.com/rschrodermusic/
Instagram: https://www.instagram.com/richardschrodermusic/
Twitter: https://twitter.com/schrodermusic
YouTube: https://www.youtube.com/channel/UCbaQrVZKu1DoXH-4BQA1_xg