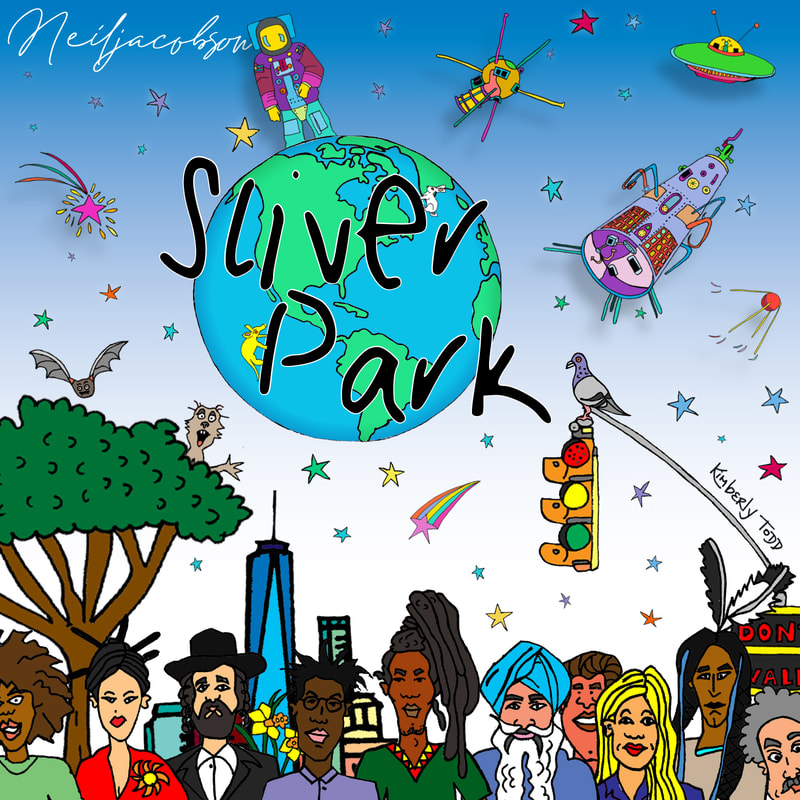 The world is getting smaller. Our instant access to digital media, the Internet, social networks, and cell phones makes the future look wide open, as though there’s nothing we can’t do. But every positive has an equal negative. The poor are often left behind without access to the skills and support they need to move ahead. Animals are being crowded out of existence, forests are getting leveled, and as we boldly move forward, we’re destroying the very neighborhoods that we call home.  To help bring home this message, singer/songwriter Neil Jacobson has just completed his new album, "Sliver Park". His raspy rock vocals are a cross between Lenny Kravitz and Michael Bolton, and his lyrics are well written to compliment the killer instrumentation (guitar, drums, synth/keys) on this 9 song album.
"Just take a good look. We are what the animal looks like"
Listen to "Sliver Park" here: https://open.spotify.com/album/4BUQgGr3ZbRoENifF1A2ZP?si=s8GlQaYlS5qQY2XxWGO9oA&nd=1
Jacobson is a seasoned performer, composer, and music-industry survivor. During his career, he has produced emerging rap artists, composed extensively for television, and has even developed numerous animated TV series.
In addition to several band releases, Sliver Park will be his fourth solo album. A native New Yorker, Neil instills the passion, energy, hopes, and fears of the city into his music. His unique outlook and delivery has won him a legion of dedicated fans. Besides writing and singing all his own material, Neil is a multi-instrumentalist and plays all the instruments on the record.
https://www.neiljmusic.com/
https://www.facebook.com/NeilRJacobson
https://open.spotify.com/artist/4wN3Va2EUXDaU1EfJE5Icx?si=ZzBmU9xyS7GBPRbtD85tAg
Music Review Rock