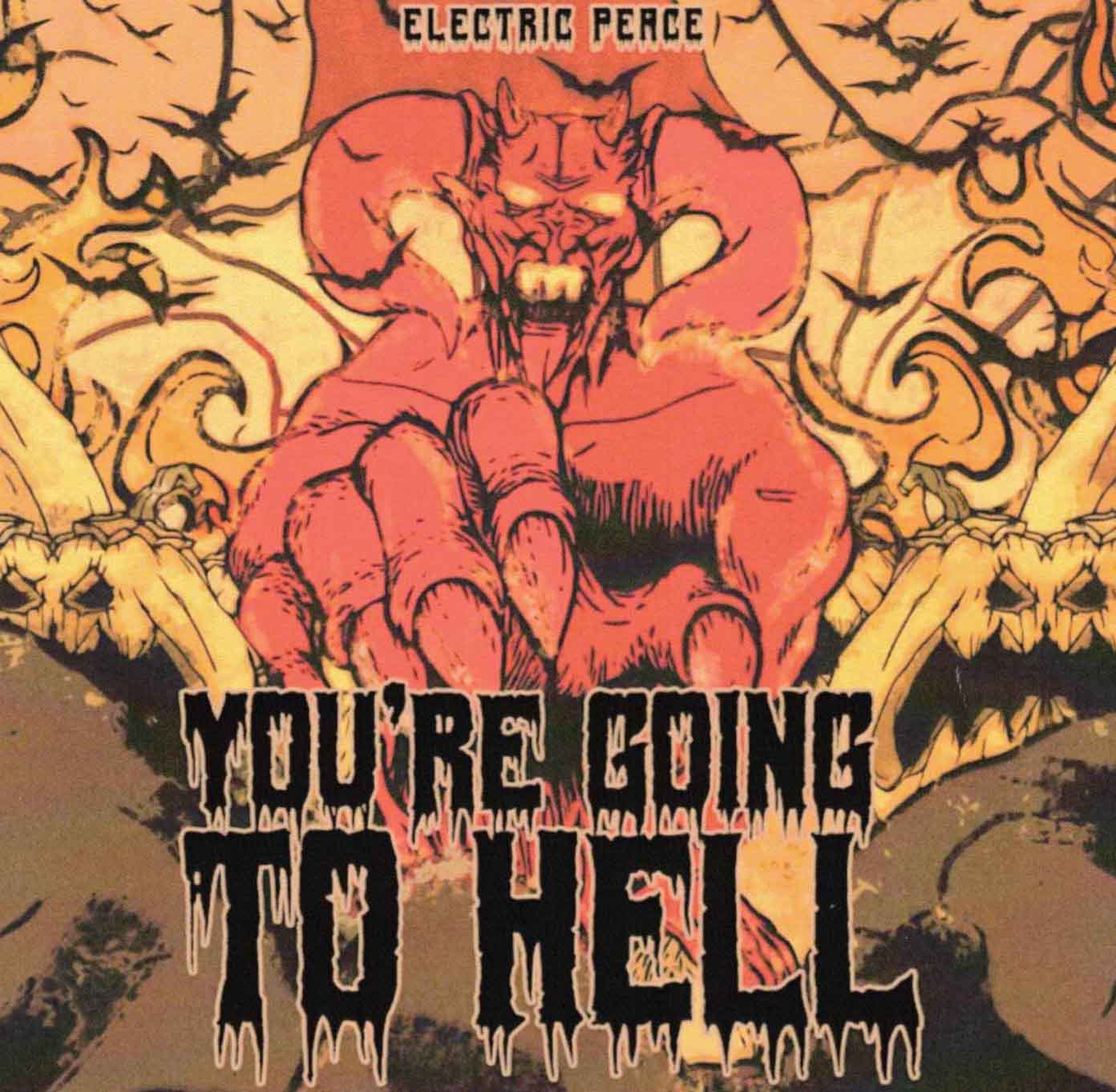 Brian Kild is the lead singer of the rock band, Electric Peace based out of Los Angeles, California.  They've been around since the 1980s, carving out punk tracks. Now They're releasing a new EP entitled, "You're Going To Hell". All songs were written and produced by Kild and recorded at Mad Dog Studios in  Venice with Jay Ziskrout  on Drums and Greg Welsh - Guitar.
You can stream "You're Going to Hell on Spotify: https://open.spotify.com/album/3jDFdsUrPHhcHt200NHvaF?si=7vYijAZFSx24e5E9tnG8IA
The band's music is as unique as Brian Kild's storied past. He says in the early1990's, when Brian was living in Los Angeles, and Kurt Cobain was living at nearby, parking in the infamous Hollywood Bowl parking lot, Brian was caught stealing gas from Kurt's car (which is something he actually did a lot of at the time).
Legend has it that Kurt yelled at Brian that he was going to kick his ass from his famous in utero house up on the hill from the parking lot. Brian thought that it was funny that someone was going to kick his ass from a house on top of a hill. He didn't know who Kurt was and told him he was a junkie and to go f*ck himself.
SOCIAL + STREAMING
Website: https://www.electricpeace.band/
Facebook: https://www.facebook.com/barredrecords/
Soundcloud: https://soundcloud.com/user-598529730/dinah-might
Spotify: https://open.spotify.com/track/0q9yLMm8v191vpkx6RX0b5?si=bN-KHsSUSIe2fodl5X4bmQ
Music Review Rock