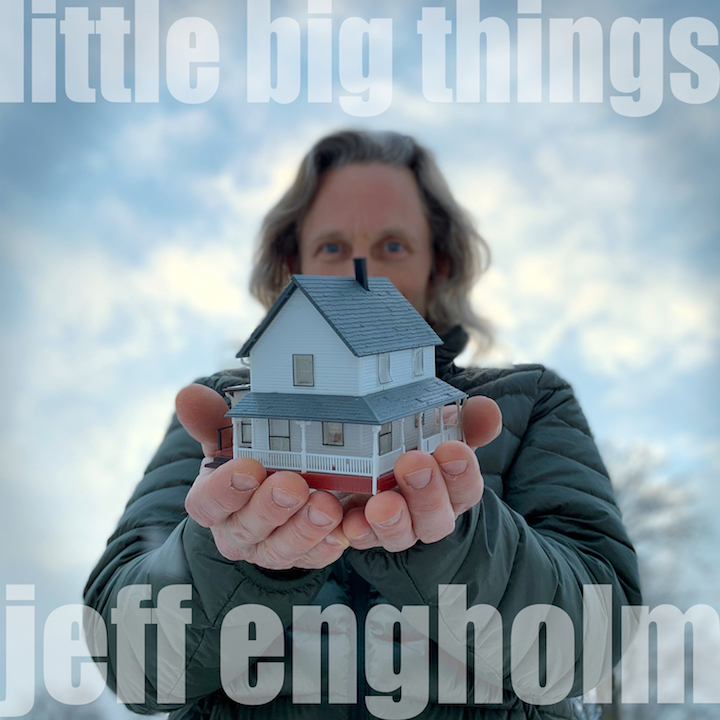 Contemporary folk music artist, Jeff Engholm is set to release his new album next month. On June 18th, Engholm will drop "Little Big Things", a 12 track album that includes his single, I Can't Look at You. On that track, he sings a simple yet powerful ballad about the hold a former love interest still has over his life.

"Cause I don't have a clue where I'm hiding... and I don't have a clue anymore."
Another album highlight is Believe In Yourself. The track was a collective work with Muggsy Lauer on acoustic and electric guitar, Nathan Nesje on acoustic guitar, George Mauer on keys and organ, and Andy Deckard on drums. Muggsy, Jeff, and Nathan also lended their voices for the background vocals.
Jeff's voice has a familiar tone-- when he sings, it feels like a cross between light rock and country.
Englholm, who is a Minnesota native, is an all around musician. Besides singer and songwriter, he also plays the bass guitar. The album holds a special place in Jeff Engholm's heart. It is dedicated to his mother who he says, "left us much too soon."
You can pre-save the project here: https://show.co/3oGURic or preview it here: https://apple.co/3sT2Glk