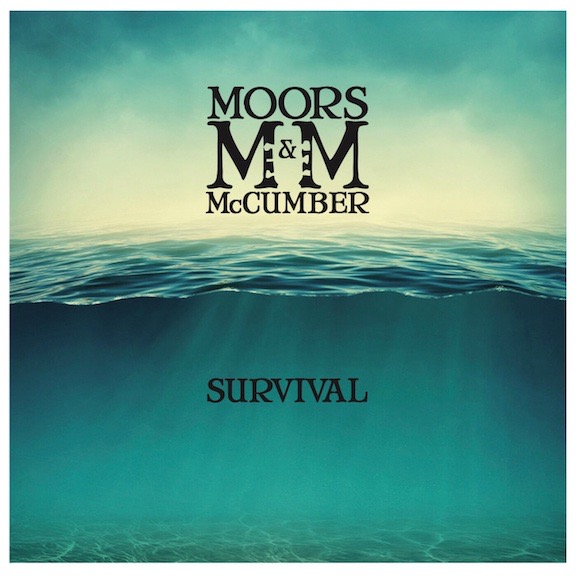 Americana /Folk music duo, Moors & McCumber has been making rich arrangements and captivating listeners with their heartfelt melodies and relatable lyrics for years. Despite the global pandemic and economic slowdowns they show no signs of stopping now. In fact, the duo is on the heels of releasing a brand new album entitled "Survival".  I was able to get an advanced listen, and it was quite a  musical experience.

The ten track album features some memorable tunes like Sugar In The Blood, Lean Into the Light, and Tear Down Those Walls. The album's title track, Survival, is a riveting song with soul-filled, masculine harmonies and a delicious folk sound. The album is scheduled to be released in October, but you can pre-save it now on Spotify.

"Comes at you from the tv set. Comes at you from the friends that you never met, oh, oh, oh...."
Prior to the duo’s formation, James Moors, based in Wisconsin, and Kort McCumber, based in Colorado, each led prolific careers as solo artists. They had both already released six solo studio albums and had begun developing fanbases of their own. The two met at a music festival in 2005 and quickly bonded over their shared passions. James and Kort began performing together as something of a side project, but it immediately became apparent they were meant for much bigger things.
"Survival" represents Moors & McCumber's seventh full length studio album. It was recorded at Blue Rock Studios in Wimberley, Texas and produced by Patrick Conway. This project features brand new songs showcasing the ever evolving talents of Moors & McCumber. Guest musicians include Patrick Conway, Dees Stribling, Erin Ivey, Katie Marie, Tom Delany, and The Fiddle Case.
SOCIAL + STREAMINGApple Music: https://music.apple.com/us/album/survival/1570643641Website: https://moorsandmccumber.com/Instagram: https://www.instagram.com/moorsandmccumberFacebook: https://www.facebook.com/moorsandmccumberBandCamp: http://www.moorsandmccumber.bandcamp.com/Twitter: https://twitter.com/moorsmccumber
album review americana Folk