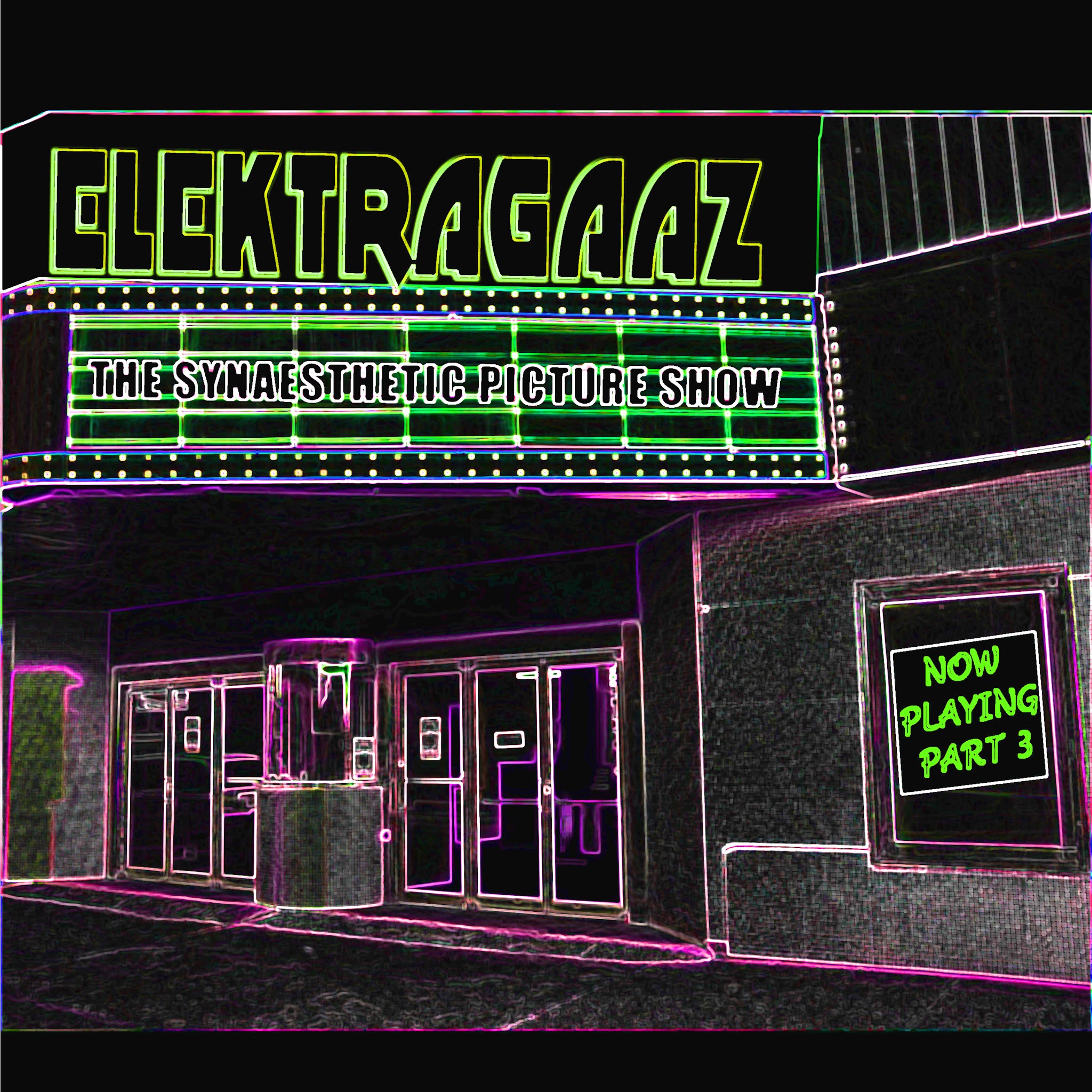 Experimental music group, Elektragaaz dropped a band new EP today entitled, “The Synaesthetic Picture Show Now Playing Part 3”. The release comes on the heels of two other EPs releases earlier this year. All three were released by AIS Records and distributed by The Orchard. Their innovative and boundary pushing sound has brought Eletragaaz some praise.

The 6 song project contains an eclectic mix of electronic and acoustic elements. I love the jazzy, pulsing energy of Dancing With Evil Intent; it feels like it could be on a James Bond soundtrack. Also quite nice is the mellow yet orchestrated folksy feel of Sebastian's Apple. Sonically, it has the vibe of The Sims meets Roblox.

The unique multi-fusion electronic music of Elektragaaz is created by a group of talented New York metropolitan area musicians and a reclusive and mysterious young Frisian composer who goes by the name of Poppo Redband. The cinematic instrumentals of Elektragaaz unreel personal films in the listener’s mind as the music presents a smorgasbord of old and new pop cultural references ranging from video games to film noir to tales of gods and heroes—both modern and ancient—to epic science fiction, to a myriad of other pop influences.

While Elektrgaaz has now released three EPs in 2021, the group doesn’t simply churn out six new songs every few months. Indeed, Redband launched Elektragaaz in 2017 at the age of nineteen and the catalogue from which the band has crafted its ongoing series of faceted musical gems is deep, wide and brilliant and unbounded by notions of mere genre. One amusing side aspect of Elektragaaz is that, for Redband, the group exists on both a real world and on a virtual level. In the real world, Elektragaaz is composed of serious and enormously creative young musical professionals putting in long but rewarding hours in the studio, a group who hopefully will soon be performing spectacular live shows in the New York area.

However, young Redband, in addition to being a composer, is a want-to-be video game developer and for those purposes he has imagined another Elektragaaz, a gang of superheroes, with musical weapons of mass destruction, a band of warriors that have gathered to take back the City of Music from hordes of musical villains including the Moforkians, the Krisghouls, the Bangolice, the Rockerdead, the Lumpergens and the dreaded Puristas. One might describe it as Justice League meets Fortnite. However, for now that virtual Elektragaaz is only a fun figment of Redband’s active imagination. But, in the realm of reality what present and potential fans of Elektragaaz can expect for sure is a steady stream of EPs spinning mind-grabbing pictures and vivid hues. It’s a magical mystery tour of a whole other kind and other time and “The Synaesthetic Picture Show Now Playing Part 3” is your ticket to ride.

The latest Elektrgaaz EP is available on Apple Music, Amazon Music, Spotify and on every major music platform.