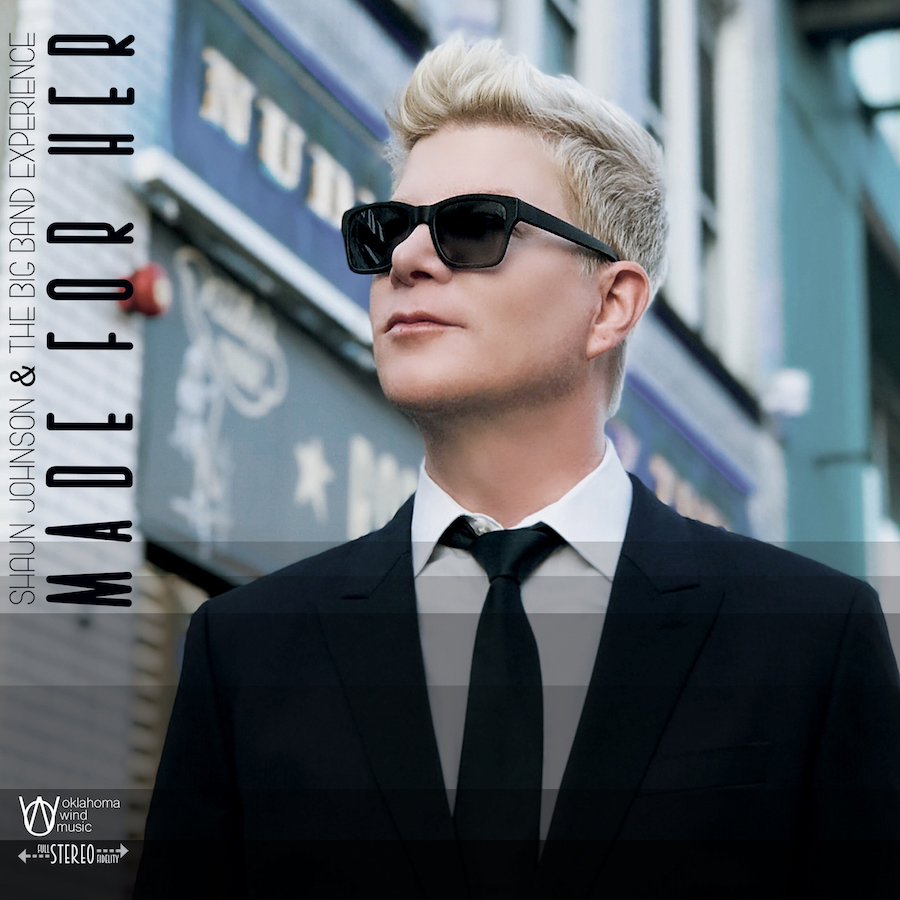 The first all original album from Shaun Johnson + the Big Band Experience (with the inclusion of one cover, Love Me Tender) was released on Friday, September, 17th, and it is moving.  It was written as an homage to the influential women in Shaun's life, and is entitled, "Made For Her".

Johnson has a vocal quality that is reminiscent of greats like Frank Sinatra and Michael Bublé. The swinging, big band sound creates a magical energy throughout this project. Shaun Johnson is an Emmy-winning singer/songwriter, who has been crooning audiences for as long as he can remember. "One of my earliest memories," he explained, "is of performing at state fair talent shows with my little sister. We'd sing Sonny and Cher songs, a cappella, when neither of us was quite tall enough to reach the microphone."

Originally from the small town of Saint Joseph, Iowa, Shaun attended Saint John's University before settling in Sioux Falls, South Dakota, where he began his career with the nationally known vocal group, Tonic Sol-fa. This quartet has sold nearly two million albums independently and has been featured in Newsweek and on the Today Show. Shaun is still an active member.

In 2016, Shaun put together a group featuring some of the best instrumentalists and arrangers in the Midwest-- guys who've toured with numerous luminaries, who are Music Educators of the Year and who are integral members of collegiate jazz faculties. His vision was to create a contemporary big band sound with a pop flair, honoring legends like Frank Sinatra, with a nod to Michael Bublé, while giving the music his own twist - performing songs ranging from the “Spiderman Theme” to increasingly popular original work.

One of the standouts on the album is a touching, heartfelt ballad entitled, This Old Man.  The song has a driving rhythm that makes the lyrics fall into your lap. Shaun sings, "In my dreams you sleeping on my shoulder. You're never getting older and I am by youse side walking with you hand in hand..."
This is a project you don't want to miss. "Made for Her" is available on major streaming platforms.
SOCIAL + STREAMINGWebsite: http://www.shaunjohnsonmusic.comInstagram: https://www.instagram.com/shaunjohnsonmusic/YouTube: https://www.youtube.com/channel/UCBOyntV-Z-2ONH5Zkrr9YVQFacebook: https://www.facebook.com/shaunjohnsonmusicSpotify: https://open.spotify.com/artist/62YKJH4aLjmKpJ58ChZMNwPandora: https://www.pandora.com/artist/shaun-johnson-big-band-experience/ARtcX3vdZ7mgfvPAmazon Music: https://music.amazon.com/artists/B0093HHU9K/shaun-johnson-big-band-experienceApple Music: https://music.apple.com/us/artist/shaun-johnson-big-band-experience/555706398
album review big band jazz standards