There is some fresh, new music coming from the Smooth Jazz world.  Le Sonic is a production team built on a foundation of musical creativity and modern technology. Mike Rogers & Gary Lefkowith are both Producers, Songwriters and Artists. Le Sonic is the Duo's incarnation to present their creative vision. With the release of their their smooth jazz track yesterday,  the group is ready to push their uniquely crafted envelope of musical sounds.

Their debut song, “Any Moment”, features Robert Lee aka Bobby Balderrama. Also performing on the record are special guest artists, Dennis Collins, Jim Hynes, and Frank Rodriguez. The combination of soothing yet soulful vocals and captivating instrumentation on the tune will leave your ears in bliss. The sweet falsetto under the backdrop of the jazzy horns, vibin' strings, and rhythmic keys. it all just magically seams. You must experience this musical "moment" for yourself.

Gary Lefkowith spends his days working in radio promotion yet he's very keen on maintaining his artistic vision. Gary has promoted Records by Elvis Presley, Mick Jagger, Meghan Trainer, John Legend, P!NK, Fleetwood Mac and is currently on retainer with Curb Records. He ran Chubby Checker’s record label and was instrumental in securing a deal with Sony / RED.  Gary was a quarter finalist in the American Song Festival, which led to a publishing deal with TRO, known for handling Woody Guthrie’s music. The inspiration for the “Any Moment” video came from Gary’s first-year ear training teacher at Berklee College of Music, Les Harris. Les always said, “I wish Jazz were played outside in the daylight, instead of just in the clubs at night, and without alcohol.”

Mike Rogers engineered and co-produced Deee-Lite’s Mega Hit "Groove is in the Heart.” The LP was voted album of the year by the New York Times. The list of million sellers has continued, while working with Sinead O Connor, Graham Nash, Erasure, They Might be Giants, The Fat Boys, Arthur Baker, and Flood, In High School Mike played drums in the elite NYC jazz program Talent Unlimited, where he met jazz greats, Dizzy Gillespie, Wayne Shorter, Lenny White, Chick Correa, and Joanne Brackeen. 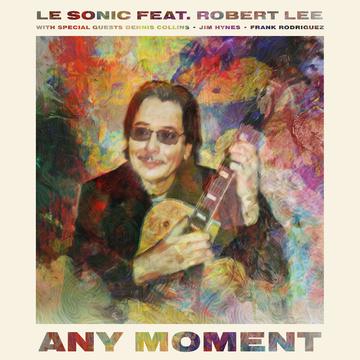