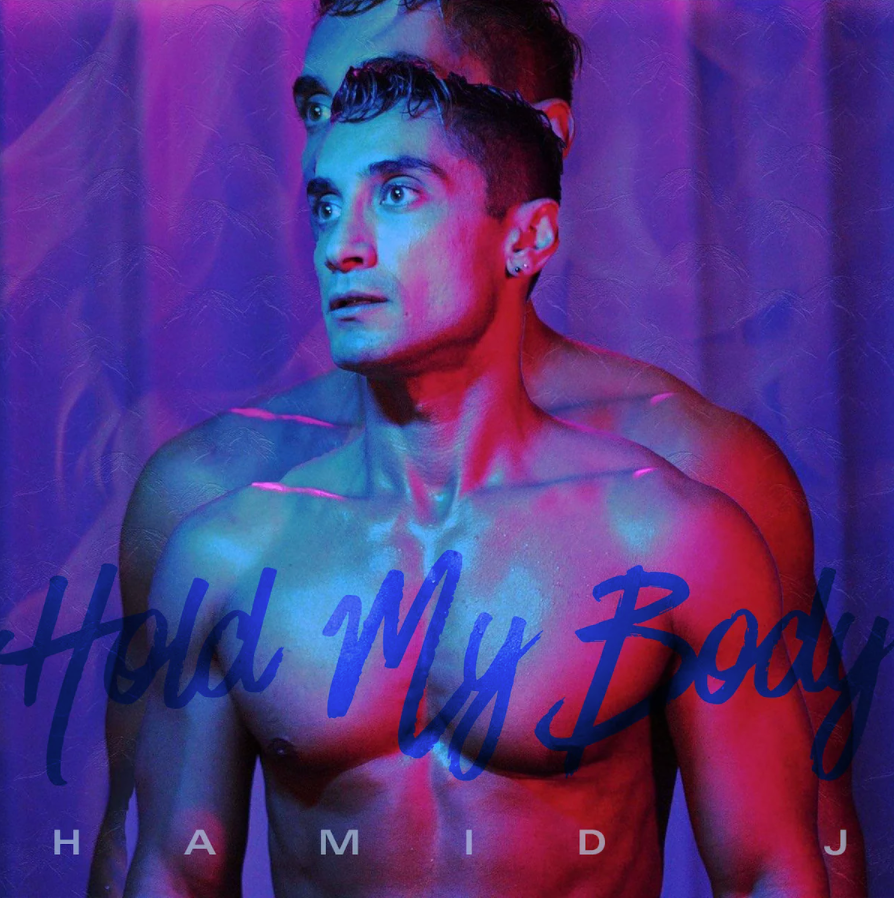 Yesterday, I got a bead on the emerging pop singer, Hamid J. The LA based artist just dropped a hot new single! Entitled Hold My Body, the track has an upbeat, dreamy, 80s pop vibe.  Hamid embraces his flair for the playful heartthrob ethos on this single.

The song has a groovy nostalgic sound that feels like a new-age smoothed out mix of Paula Abdul's Straight Up and DeBarge's Rhythm of Night. Hamid J's single has a dance-n-party energy; you can easily let loose on Hold My Body. On the track he sings, "put us both in the mood I've been yearning all your touches...caress my body and watch this desert with no rain, spark and burst into flames."

Born in Iran and raised in Germany, he eventually found his way to  Hollywood where he is sharing his shoulder-shaking music with fans and newcomers alike.

"And you ain't the only cure. So boy don't be insecure...Cuz somebody else might slide in, yeah..."
As a visible and unapologetically proud member of the LGBTQ+ community, Hamid wrote his latest single to dispel the idea that his relationships and love-life are any less complicated and relatable than those of his counterparts, while addressing the ever-lamented “playing hard to get/uninterested” phase that often rears its ugly hating in dating. With honesty and passion at the heart of his music, Hamid hopes this newest effort will do away with the often held ideas that “things are greener on the other side.”With his infectious, upbeat energy that evokes influential icons like Michael Jackson and George Michael, Hamid J is showing the world that he is a rising star to watch. Hold My Body would make a perfect addition to any pop or dance music playlist, and is available on major streaming platforms.