ALBUM REVIEW: Ninth Avenue Releases Debut Album, 'Something Else For Me' 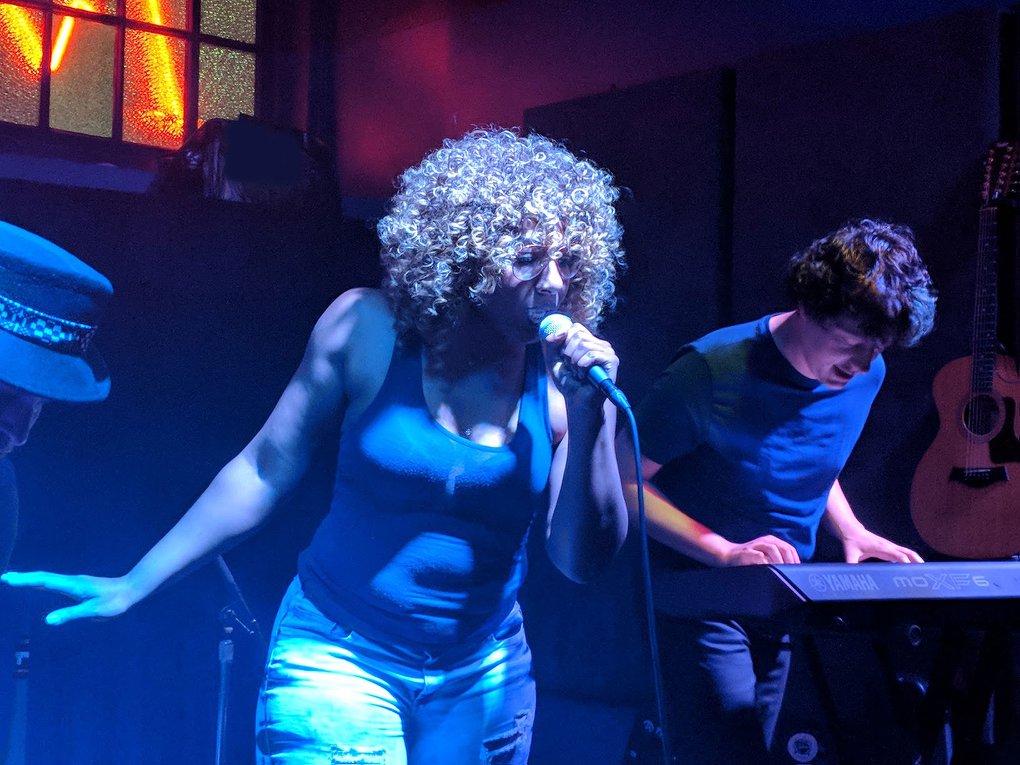 I just listened to a wonderful project by two San Francisco natives who make music as the band, Ninth Avenue . Their new album is entitled, "Something Else for Me", and its a cool and eclectic convergence of musical elements from different genres including rock, metal, folk, and even a little old school hip hop.

Krystal Jackson and Peter Lauterborn are both California natives who met after the Peter responded to a classifieds ad seeking a keyboard player for Krystal's New-Wave band, The Doms. Playing together for four years before disbanding, they started to create their own songs in a rock/pop hybrid style that spanned blues to nu metal.
Krystal's voice feels like a rich mix of Angie Stone and Shania Twain. On Runnin', she delivers a truly soul-filled performance as she sings "my story is my glory." The track has a country-rock vibe with nice electric guitar chords that feel almost as prominent as the singer herself. I Beg is another notable track with an anthem quality. The song has a melodic pop-rock kinda sound, and the lyrics really showcase the depth of her connection to the spirit of the music.
Rusty Chains has a 90s electronica nostalgic quality, but its set against the classic "boom bap" beat of an 80s rap track. This juxtaposition of worlds and sounds still does not accurately describe all that is going on with this song. Krystal sings, "don't you hate it when the world goes cold and the doors all close" -- a sentiment we have literally ALL experienced at some point during this pandemic. There are some kickass guitar riffs on Rusty Chains as well which really gets into a groove about 2 and a half minutes into the song when it is going toe to toe with the hip hop drum beat. 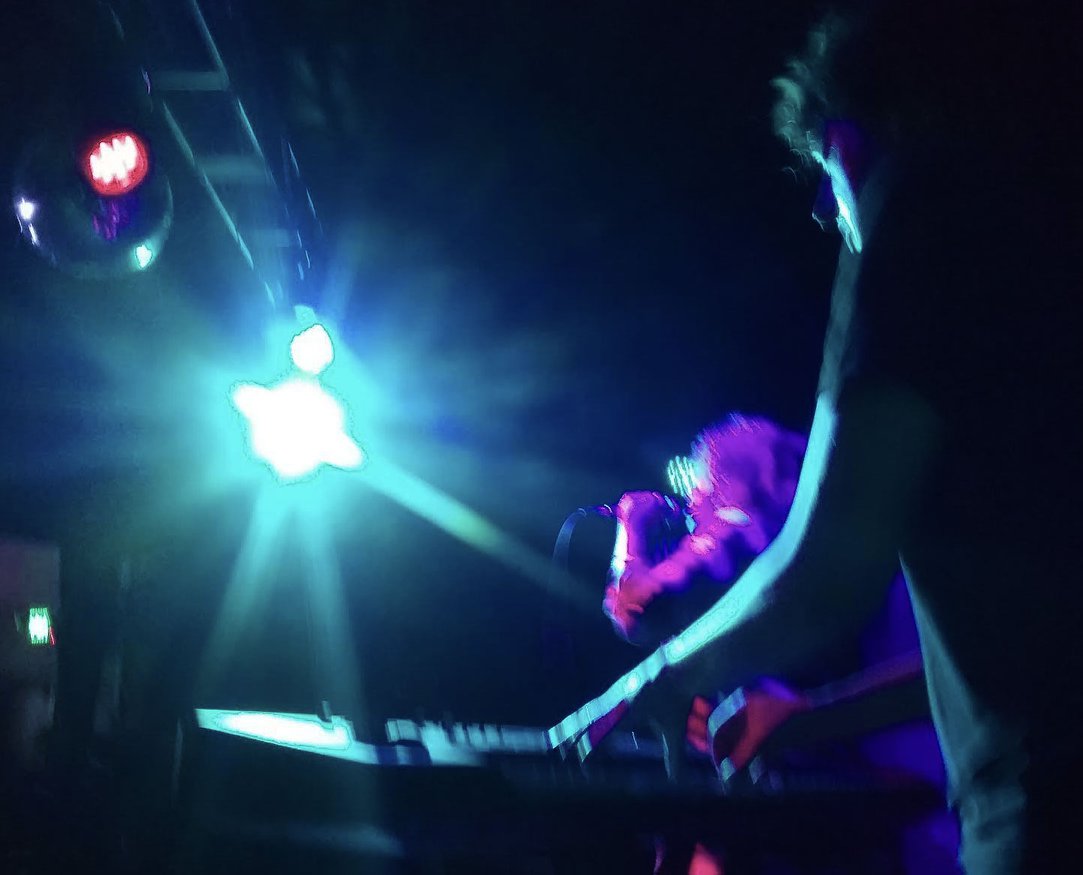 The mood gets softer and more subdued on Who Answers , a beautiful song that showcases the range of Krystal's vocals; we get a chance to hear her lower register when she doubles down on her sexy vocals in an octave lower.
The album is set to be released January 7th, 2022, but we were able to sit down with the duo early this week to learn more about their creative collaboration and "Something Else for Me"...

Tell me about the project. How did u come about. Is this Ninth Avenue's first release?

This is our first release together as a duo, but we first met when I responded to a Craigslist post for a punk/new wave band that was looking for a keyboard player. This was Krystal’s band, The Doms (short for Dirty Old Men - Krystal’s nickname since high school though I never learned why!) and we played for a few years together.

We didn’t really release anything professionally, really, but played a number of gigs and just had a great time together. In time, we started writing music that was a little different from what the band was doing, so we started recording on our own. One song (“I Beg”) was actually recorded by The Doms but I don’t we ever played it live. But when The Doms disbanded right before the pandemic, Krystal and I started focusing more on the music we’d done together. 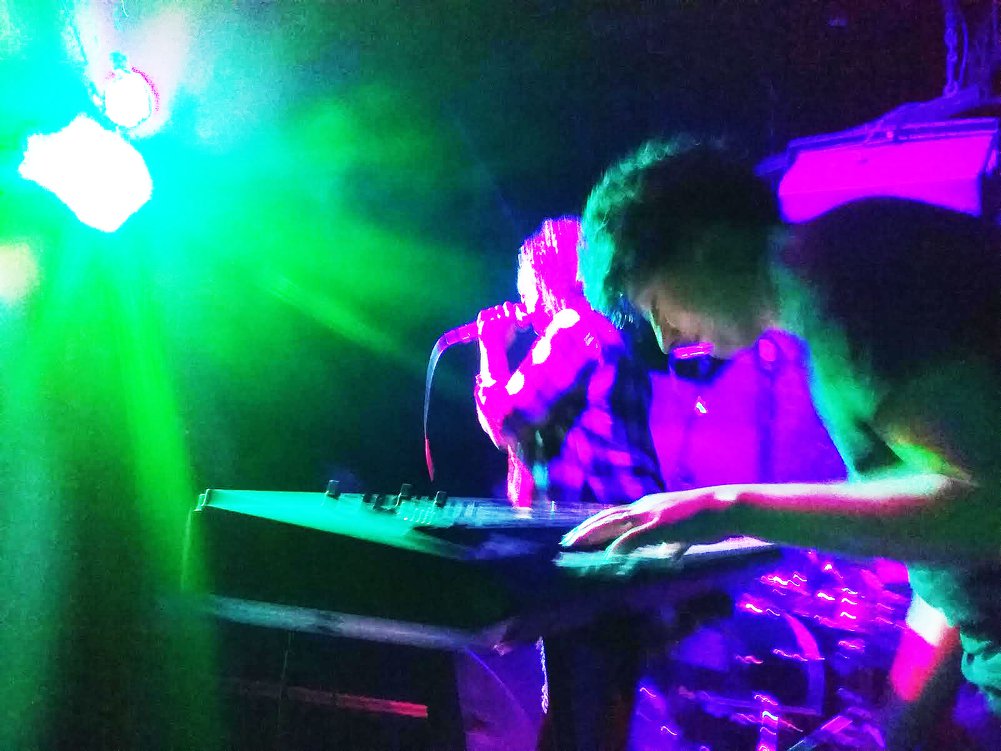 Krystal is the main lyricist - she just comes up with lyrics and melodies on the spot like no one I’ve ever seen! But overall the album is really about growth and change, even if it wasn’t deliberate to start. I wrote the first drafts of “Who Answers” over 15 years ago, while Krystal did all the other tracks more recently. And again this wasn’t by design, but we both reflected on how the album feels like our whole journey over the last decade and a half. Krystal also cited the political climate over the past five years.

How would you describe the band's sound?

I lean a lot into the late 1990s era of rock pop, when you had a lot of pop music pulling in rock sounds and rock pulling in electronica, drum machines, and other less traditional elements.

What's the story behind "Rusty Chains"?

I had produced the music one night trying out some new software and really liked it. I had no idea what to do with it, and at this point Krystal and I had really only worked on “I Beg” with The Doms and “Find Your Love,” which we’d also written with the other “Doms” were taking a smoke break. But I sent it over to her and a few weeks later she came over and sang it - I was blown away, totally unexpected vibes!

It was a little after Chester from Linkin Park had passed away, and I was going back and listening to a lot of their later records, and I think that influenced the heavy guitars. Then I just went all in, got the scratching done. But there’s also a poppy, almost early hip hop feel to it too. And her performance just perfectly ties it all together.

I think Krystal was just really embracing all of the change in her life and this song just covers her fighting to push through it all.

If you could put together a promo tour with other bands whose music is most similar or complimentary to Ninth Avenue's who else would be on the tour?

This is embarrassing, but I don’t listen to enough new music to give a great answer! But at the tail end of our production, Marina came out with “Ancient Dreams in a Modern Land” that also has some great pop/rock crossover work. So maybe she’d take us along!

Krystal, Peter, can you each tell me about your upbringings. What part did music play in it?

Peter: My mom and dad loved music - it was always playing. My dad was more into rock and pop - Talking Heads, Dire Straits, the Cars, Blondie, and other stuff like that. My mom was far more eclectic, loving everything (and being knowledgeable about) baroque music to rock. She came of age with the Beatles and just loved them, and that love and application for their technical innovations was highly influential to me.

Krystal:  Music was my only interest from before I can remember. Playing instruments, being in choirs, and performing with my family.